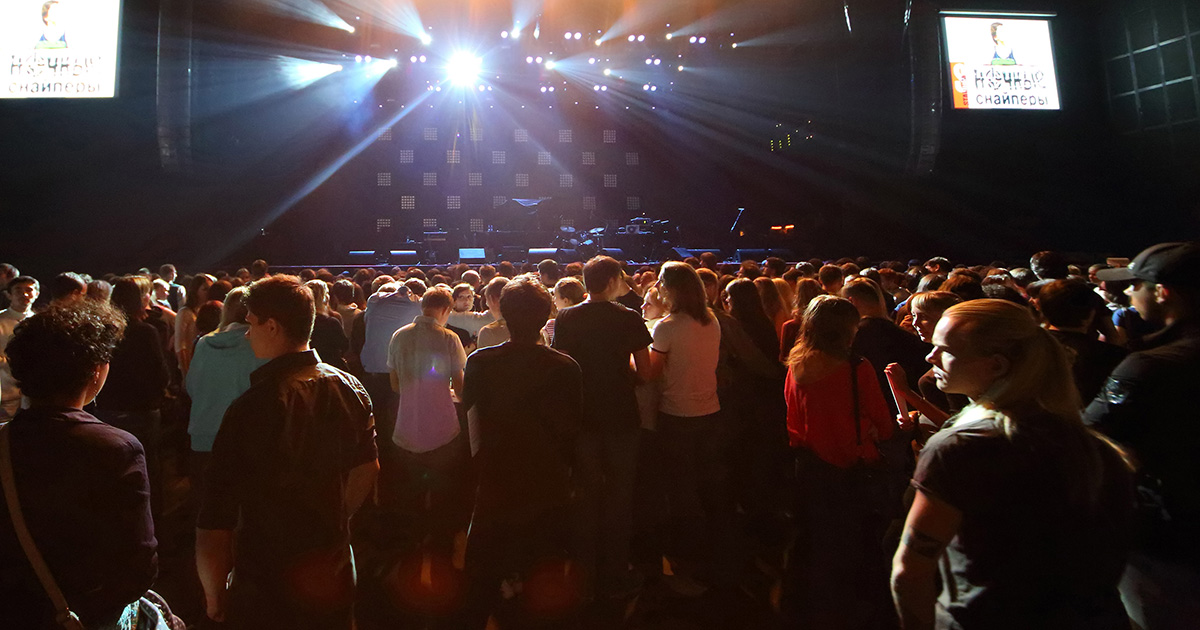 CHICAGO — The entire audience at Lincoln Hall last night let out sighs of relief when finding out they were free to enjoy their evening elsewhere, as the Wormicide show they’d planned to attend was canceled.

“Thank Christ this thing is off — this is the last place I want to be,” said potential attendee Ben Sully, who only came because his friend loves the former headliner and gave him a free ticket. “I knew leaving my house was a bad idea, but at least now I can get some ice cream on the way home and still be in bed at a reasonable hour.”

Sully was just one of several hundred people cheering internally to avoid hours of moshers, spilled drinks, and standing on their tip-toes just to be able to see.

“It’s fucking Tuesday,” said ticket holder Deb Harrington, who was initially excited about the show until it came time to actually go. “I’ve got a shitload of work I need to do tomorrow, I’m fucking tired, and an Uber at the end of night would bankrupt me. I heard the show was canceled because one of the bands got in a bad accident, which definitely sucks, but at the same time, this really works out for me.”

Despite the positive reception of the show’s cancellation, not all attending took the news well.

“Everyone told me not book Wormicide because they almost always no-show… and even when they do, they’re too drunk or high to perform,” said an enraged Megan Calkins, the show’s promoter. “I’m going to take a fucking bath on these ticket sales. When their tour manager called me from the hospital crying and talking about how he has never seen so much blood, I just wanted to reach through the phone and ring his damn neck.”

Calkins was last seen trying to avoid the opening band, who were still asking if they were getting paid for tonight.