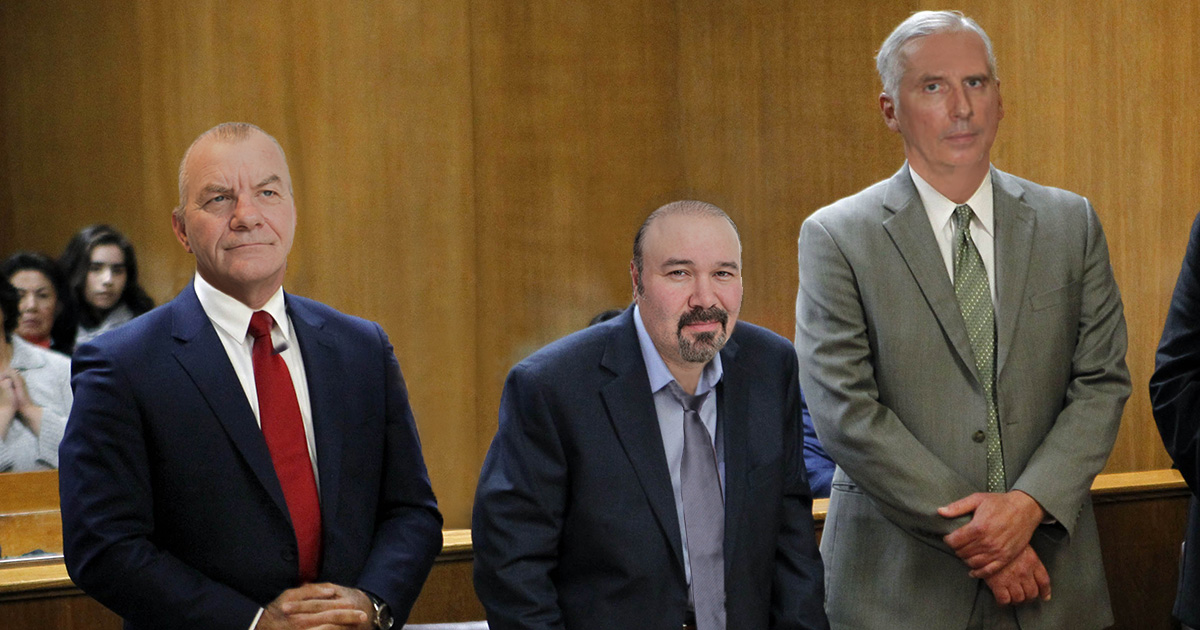 LOS ANGELES — Black Flag founder and guitarist Greg Ginn is legally entitled to all proprietary materials related to the iconic punk band he started, but is also “kind of a total dick,” a federal appeals court held yesterday.

“This man is responsible for one of the most ferocious, incredible, seminal punk bands to ever grace the earth, and he’s entitled to a significant portion of Black Flag and FLAG royalties from live shows and merch sales,” Judge Marion Hansen said in the majority opinion. “But his testimony made it quite clear he’s got his head wedged so far up his own ass in regards to his ego, he couldn’t come out for air or new ideas if he wanted to.”

The opinion was echoed by other judges on the panel, as well as almost all attorneys involved.

“There’s no room for anyone in Greg Ginn’s career besides Greg Ginn,” concurred Chief Judge Sidney Hug, Jr. “He’s technically correct — Black Flag is his band — but if we could legally rule against him based on personality, we would. All he’s done in the last 30 years is sully the Black Flag name. He’s a real sack of potatoes, that one.”

The ruling finally settled a lawsuit brought by Ginn to stop his former bandmates from touring as FLAG, playing Black Flag songs they co-wrote and played during the band’s strongest era.

“Make no mistake, Greg Ginn did a lot for punk rock,” admitted lead defense attorney Melinda Rosario. “But have you ever spoken to him? Or heard anything he’s done since Slip It In? His guitar work is like an extension of his personality — very proficient, and entirely unlistenable. It’s almost like a repellent of good taste and decency.”

Once the trial concluded, even Ginn’s litigation team admitted they didn’t want him to win.

“There are no winners here,” lead prosecutor Marvin Barrinecchio said. “People liked FLAG, in part because it wasn’t bogged down by some joyless fartbox wanking away on a 19-minute solo nobody asked for. Classic songs, by a classic lineup of Black Flag expats? That shit was great.”

“He could’ve just cashed the checks and let people have fun, but that was too much to ask, I guess,” Barrinecchio added. “Fuck him.”

Despite his victory, the court still sentenced Ginn to 300 hours of community service as retaliation for Black Flag’s 2013 release, What the…?