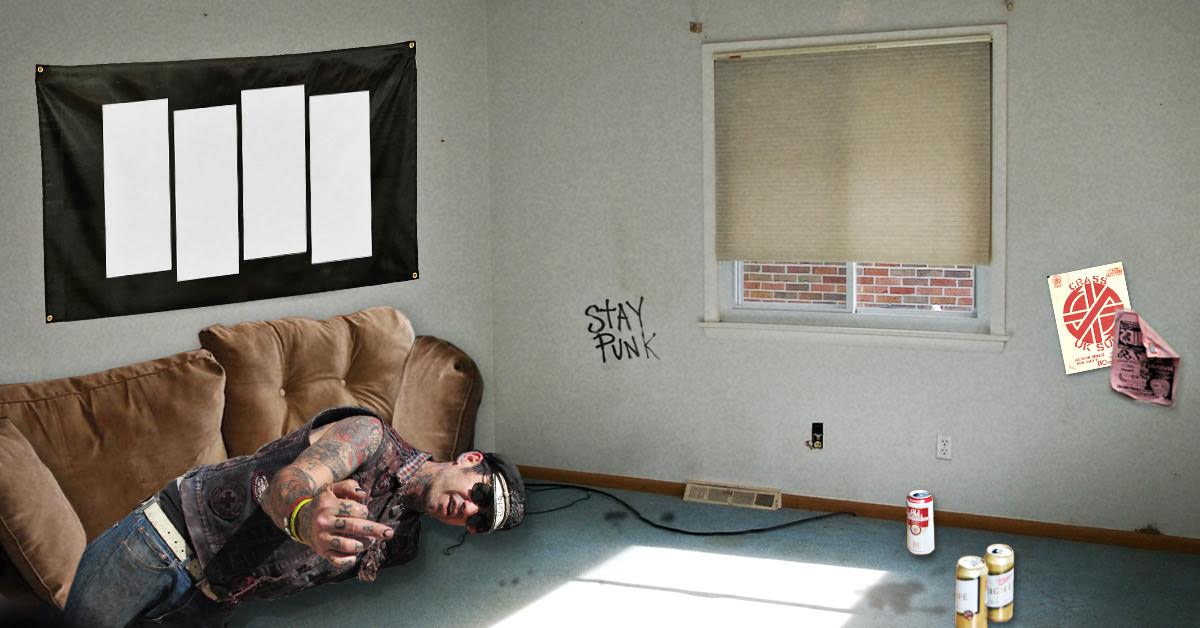 RIVERSIDE, Calif. – The occupants of Scam House, a Riverside punk institution since 2011, were surprised early this morning when they realized the couch they’d pulled off a festering garbage pile eight months ago wasn’t actually a couch at all, but former professional skateboarder and U.S. Bombs frontman Duane Peters.

“I 100 percent thought he was a couch,” said one housemate, colloquially known as Crud. “I mean, I sat on [him] for months — I passed out on that thing so many times. No way did I think that couch was Duane Peters, or really anything that remotely resembled a human.”

“I did think maybe it was weird that the couch sort of sighed when we spilled 40’s on it,” admitted Brenda Stuyvesant, a frequent visitor of Scam House. “Almost like it was thankful or something? I dunno, it was an old couch and it was free, so whatever if the couch seemed to like beer, right?”

Multiple sources confirm the discovery was made by a man identified only as Vance, who, according to housemates “crashes here sometimes,” when he woke up sitting in Peters’ lap.

The residents of Scam House said that shortly after revealing himself to be not a couch, but a human with personal relationships, emotions, and aspirations, Peters simply dusted himself off and walked to a nearby bus stop.

“It’s pretty wild to think that for the past six months we have been getting drunk and high while sitting on Duane fucking Peters,” said Crud. “I love that guy.”

Though this may be the most prolonged case of a punk icon being mistaken for an inanimate object, it is certainly not the first time. Rob “The Baron” Miller of Amebix was often confused with a back alley puddle for a prolonged period in the 1980s, whereas more recently, in the early 2000s, Anti-Flag’s Justin Sane was frequently mistaken for the tailfin of a 1959 Cadillac Eldorado.