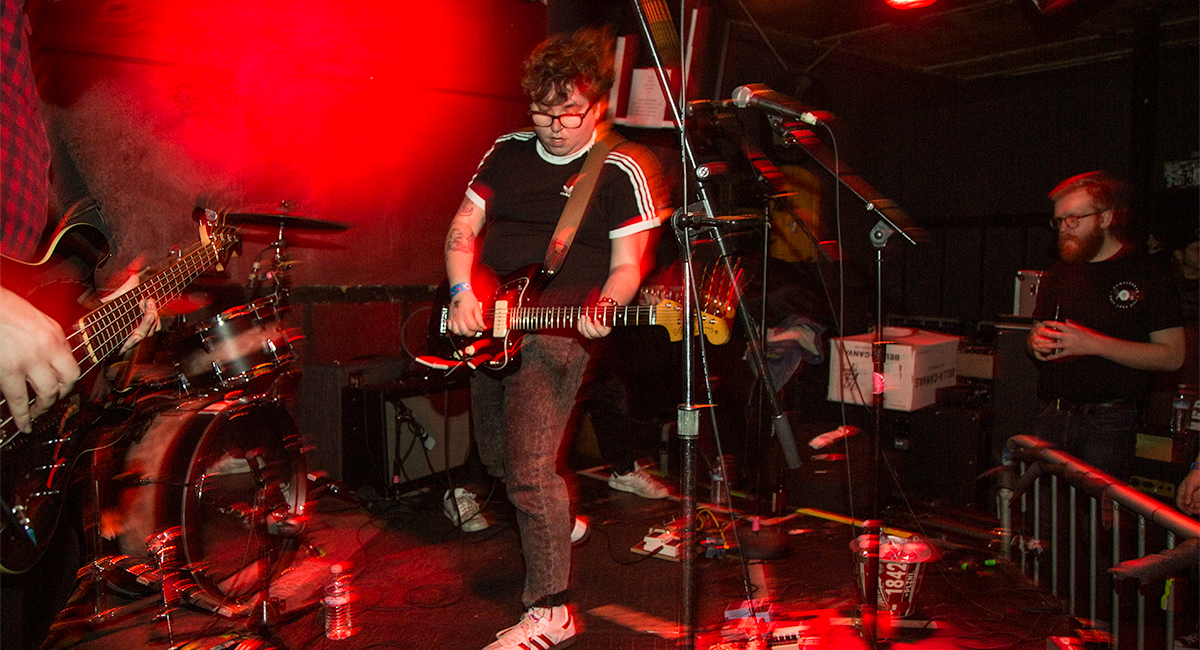 BOSTON – Steve Gage, the undisputed coolest guy currently in Boston’s Brighton Music Hall, is here just to see the opener for tonight’s show, sources in awe of the man confirmed.

“Hot Red Tornado is one of the best bands out there right now. I’m surprised you haven’t heard of them,” Gage said between sips from a monogrammed flask he snuck in. “I’ve known them since they were Red Hot Tornado. Their demo from last fall was number two on my ‘year’s best’ list.”

Gage very kindly enlightened anyone who would listen about Hot Red Tornado’s ability to make five of their songs sound like one long song — as if that was a good thing.

“They’re really doing some interesting stuff with brick punk, and it’s about damn time,” said Gage, smiling and doing a “chef’s kiss” with his hand and mouth. “I’m probably going to take off right after they play — the other bands on the show are a bit too commercial. Plus, there is a secret art opening in an abandoned garage owned by Harvard in Allston tonight. Everyone is gonna be there.”

“He asked me if the venue records the live show and sells it after the show on vinyl,” said bartender Robin Nielsen. “I told him we didn’t… and he got all annoyed, telling me it ‘should be standard practice.’ Then he got a Fat Tire and didn’t tip.”

Gage, a renowned weathervane for trends, was confident he was seeing something truly special this evening.

“10 years from now, a lot of people here will be kicking themselves, wishing they’d paid attention tonight,” said Gage, who insisted he is not friends with or dating anyone in the band. “Tonight, they’re really going to prove that a guitar, a couple laptops, and a theremin can all be part of the same band in 2019.”

The modern-day James Dean was later reached for comment ending his night at Kirk’s — the diner with the worst Yelp reviews in New England.

“This place is legit. It’s always empty and the staff is super rude,” Gage said over a plate of the diner’s sushi. “This place is brick punk, if you ask me.”