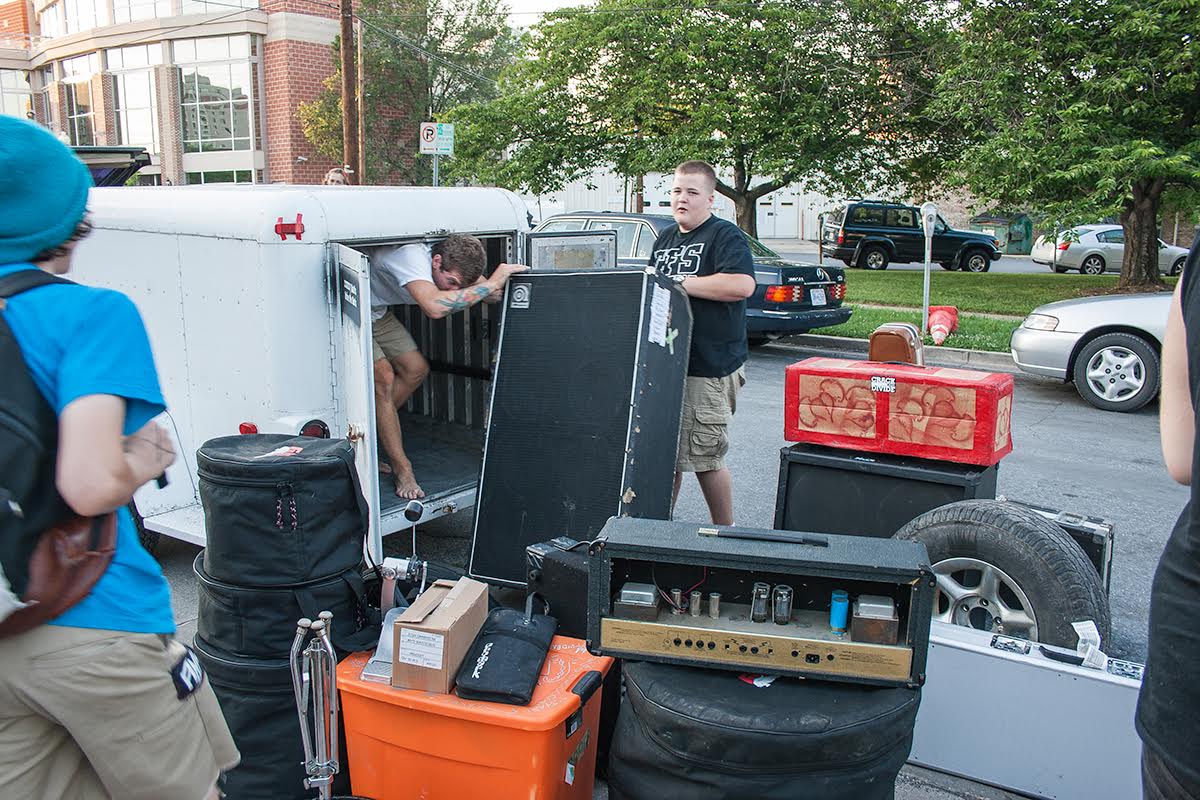 SAVANNAH, GA – A five-band show was forced to rearrange its lineup on the fly Friday evening after the band scheduled to open the show arrived conveniently late and graciously offered to play right before the headliner.

Despite living a mere 40 minutes from the venue, the pop-punk trio City Limits managed to arrive an incomprehensible two hours after their scheduled start time, forcing them to play in the show’s only remaining spot, directly before Fight Chub, a Pittsburgh-based hardcore band on a two-week tour.

Reports show the delays came early and often, as after loading up their gear and filling their van with gas, the trio stopped at a nearby Taco Bell for a quick bite before heading out. “We were all super starving,” explained guitarist Jason Camp.

Once back in the van, drummer Dave Moretti realized he had left his car charger in his other jacket, prompting a brief exploratory stop at Best Buy before heading to a Marshall’s department store, where “they have the same stuff, except way cheaper.”

When the show’s promoter received a text from the band citing “car issues,” confirming what would be their late arrival, the remaining acts were forced to decide who would now play first, in what would ultimately be a battle of wills.

“Everyone sort of started to offer, but then just kind of trailed off before they even finished what they were saying,” said Justin Chiu, whose band Gruffmower eventually conceded, playing first to an almost entirely empty room. “I’ve never seen so little eye contact in my life.”

City Limits eventually arrived at the venue, phones fully charged, with just enough time to play their entire set before a packed crowd.

“I mean, if going on right before the headliner is the only option left, I guess we have no choice but to take it,” Camp shrugged. “It’s, like, literally the least we could do.”

Looking back, Camp realized the error of his ways, and assured everyone in attendance how “super fucking sorry” he truly was.

“If I could somehow go back in time and not stop at Taco Bell and Best Buy and Marshall’s and the bathroom, twice, believe me, I would.”