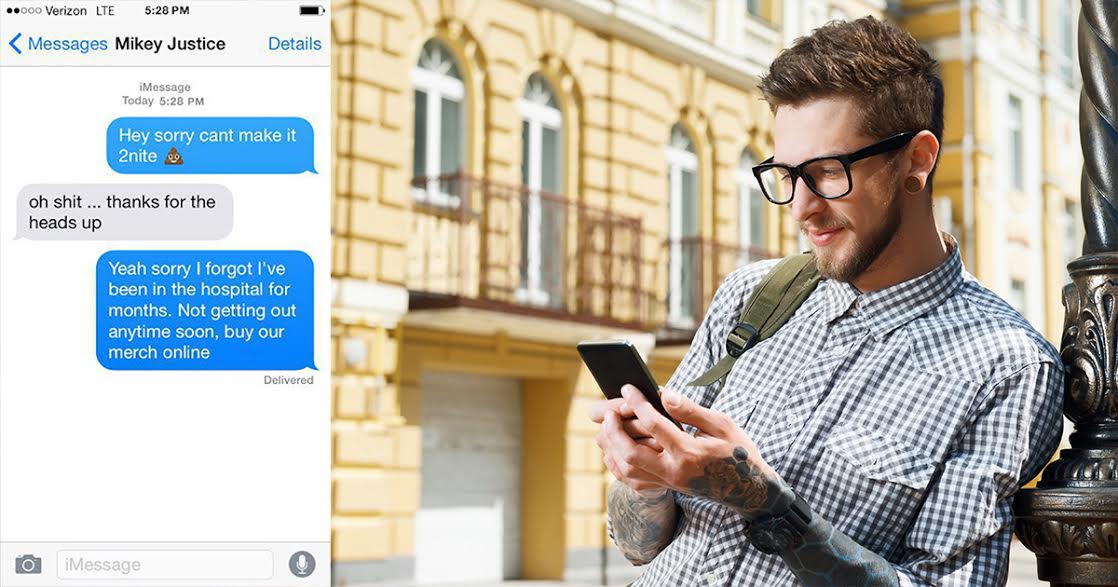 OLYMPIA, Wash. – Due to circumstances described as “typical goddamn horseshit,” Doctor Piss were forced to drop off their show Friday night. But in an effort to be considerate to the booker (who spent hours of his personal time promoting the gig), the band gave an unprecedented three hour’s notice via an indirect status update on their Facebook page.

“We wanted to reach as many people as possible. That’s why we announced it on Facebook to our fans instead of contacting the promoter directly,” guitarist Cory Galusha said. “We have almost 300 likes on our page so we knew everyone would hear about it faster that way. If we just replied to his constant ‘ETA?’ text messages then we would have only reached one person,” adding, “You do the math.”

Show promoter Mikey Justice said that while he didn’t see the original status update due to his day job’s cell phone use policy, he did eventually receive a text from Galusha and was pleased to see there are still bands out there who respect the idea of giving an adequate heads up.

“Considering they were scheduled to headline the show it’s practically like giving a 6-hour notice,” said Justice. “It’s better than the last show I booked where Violent Uproar no showed but some how seemed to get more popular than if they had showed up and played.”

Having such a flexible timeline to work with, Justice was able to secure four backup acts to play in lieu of Doctor Piss.

“Luckily, Urinal Quake, Knuckle Crunch, Death Match and Vestigial Brains consist of the same nine members so I was able to secure all four bands to complete the lineup for the night with plenty of time before the show started,” Justice said. “I decided to call the show JusticeFest 2015.”