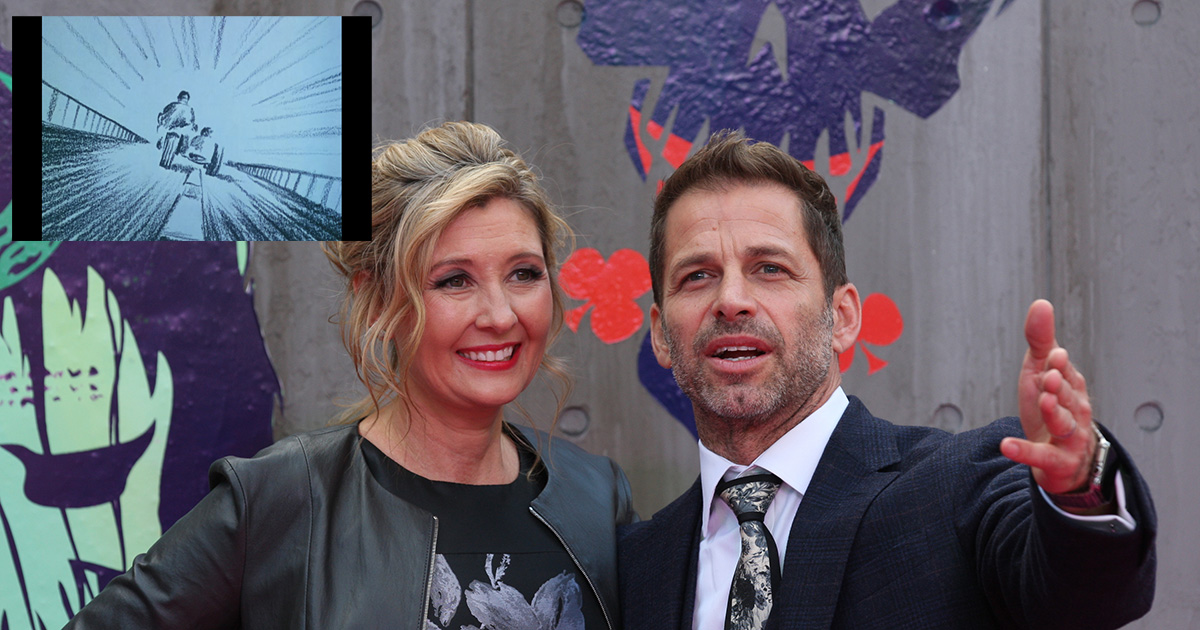 LOS ANGELES — “Justice League” director Zack Snyder is set to helm another comic book movie: a gritty reboot of the graphic novel featured in the music video for a-ha’s “Take on Me.”

“Having already rocked the DC comic book movies, I was looking for something different… and then, out of nowhere, I caught an episode of VH1’s ‘Pop Up Video’ on Youtube that played ‘Take On Me,’ and I was floored. When I found out no one optioned it yet, we snatched it right up,” said the “Sucker-Punch” director of the wordless, black-and-white graphic novel used as a framing device for the iconic early-’80s video. “That there’s no dialogue or plot to speak of, like, at all, really leaves the whole thing wide open.”

The reboot, expected to start shooting in March, has a reported budget of $300 million and will be Snyder’s first time behind the camera since 2017. Fans of the original video are already voicing their opinions.

“Of course I remember that comic,” said Vincent Reyna, one of many patrons perusing the back issues at Harper’s Comics and Games. “I’m not really sure how you improve on it. All I know is they’d better keep the sidecars in the motorcycle race, since that’s the kind of the central element. Knowing fucking Snyder, he’ll make the pipe wrench goons into goth chicks in fishnets with spiked baseball bats or some other horseshit and completely miss the point.”

While it’s unclear if a-ha themselves will appear in the film reboot, at least one familiar face from the video will be back: actress Bunty Bailey, who played the girl first introduced reading the comic book in a diner, will return as the mother of the unnamed hero.

“Zack introduced himself to me at a party in London a few months ago,” recalled Bailey via telephone from the U.K. “I didn’t know him, but he mentioned making the newest ‘Batman’ movie when he offered me the part. I told him how much I loved it… only realizing several hours later I was thinking of the Christopher Nolan ‘Batman’ pictures. But by then, I was already committed.”

Snyder was last seen pantomiming a punch in slow motion, animatedly describing how the hero’s and villain’s mothers sharing a name would set up the third act.