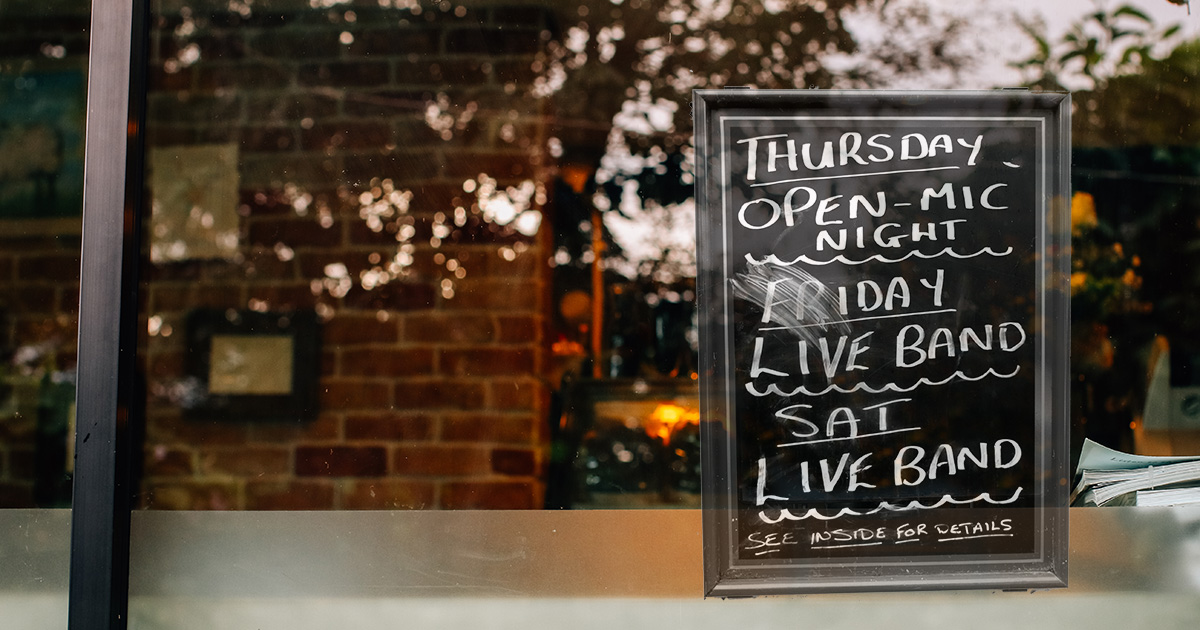 PROVIDENCE, R.I. — Cool Beanz Cafe has introduced a nightly open mic to discourage customers from remaining in the shop after 7 p.m., the cafe’s former closing time, sources who are happy to be out of work at a reasonable time confirmed.

“On the one hand, I used to hate staying way past closing just for some guy that was treating this place like a home office, so it’s nice to head home early,” explained head barista Chris Castelli, who hesitantly agreed to the new protocol. “On the other, the people who play this open mic are some of the least talented performers I’ve ever seen… and I do community theater, so that’s really saying something.”

“One girl comes every night to play her soundscapes — which are just people screaming, looped over an old QVC infomercial,” Castelli added. “I almost puked, but if I did, I knew I’d have to stay longer to clean it up.”

Sources claim they’ve seen patrons leave as soon as someone walks in carrying a guitar case, while others notice the open mic flyers and avoid entering Cool Beanz altogether.

“We’ve actually gotten complaints from neighbors that we’re driving business away from the entire block — even the yoga studio,” shop owner and open mic mastermind Beth Werner explained. “But our ‘closed’ sign was clearly being overlooked by inconsiderate customers who’ve apparently never worked in the service industry a day in their lives. This is just way easier.”

However, many of the shop’s regulars are not pleased — including loyal customer Reggie Gorham, who carves and sells handcrafted clothespins from the coffee shop.

“I’ve started leaving a full two hours earlier than I used to every day… which is bullshit, because that’s when the cute barista who keeps saying she ‘has a boyfriend’ works,” Gorham said. “It’s cutting into my profits. But I’d rather take the financial hit than suffer through an open mic even once a week.”

At press time, the upcoming open mic lineup included a reverse ventriloquist, an amateur recorder player, and a goth clown — all of whom have combined to effectively prevent a single patron from entering the establishment for the last three weeks.