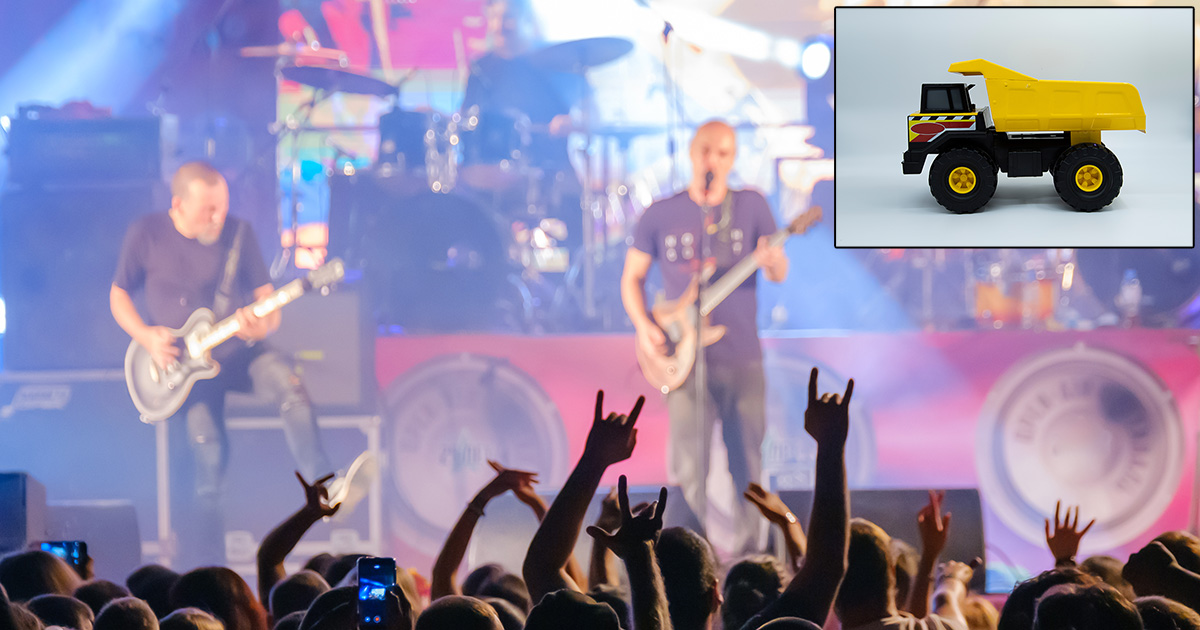 “Imagine my mortification when I got up there to kick off the first song of the set, and I had nothing to guide me but a big list of all the toys our bassist wants for Christmas! I was scrambling the whole night! Luckily he mostly wanted Tonkas, but when we got into Bionicle territory, it got tougher and tougher to make the lyrics rhyme,” said Jailbreakers frontman Karl Piotrowski. “Luckily our audience seemed especially amped on our music that night. Which I don’t know whether to be relieved or offended about.”

Attendees of the gig were spellbound with adoration, saying it was the best Jailbreakers set in ages.

“Usually they come out and butcher a good half of poor Phil Lynott’s discography. It’s an almost sacrilegious affair every time. Hoo baby, but those new ones about, like the Tonka Mighty Force Light and Sounds or the Steel Classics Bulldozer had me yelling for more,” said Rimrocks Tavern regular and local toy store employee Willy Pitts. “Those spoke to me. I swear, I’m planning on bootlegging their next set and sending it to Tonka headquarters for the jingle money.”

Holiday icon Santa Claus was left befuddled, however, when he received the original lost set list in the mail shortly after.

“I couldn’t make heads or tails of it at first. It wasn’t like any Christmas list I’d ever seen, but the Jailbreakers are on my nice list, so I had to give the ol’ Kringle crack-at-it,” said Santa. “The elves are just going to have to do some outside the box thinking to make all the emeralds and whiskey in the jar the little tots asked for. It will be worth it to see all their smiling faces when, on Christmas morning, they rush down to their stockings and find them stuffed to the brim with their black roses. I just don’t know how in blazes I’m going to wrap that rocking chair, but I’ll have to find a way. The rocker was right at the top of the list!”

UPDATE: Jailbreakers made a similar mistake at their next gig, accidentally using their drummer’s resume, and having to riff a set about various types of barista experience.