Chipmunks Seeking New Frontman After Alvin Carried Off by Hawk 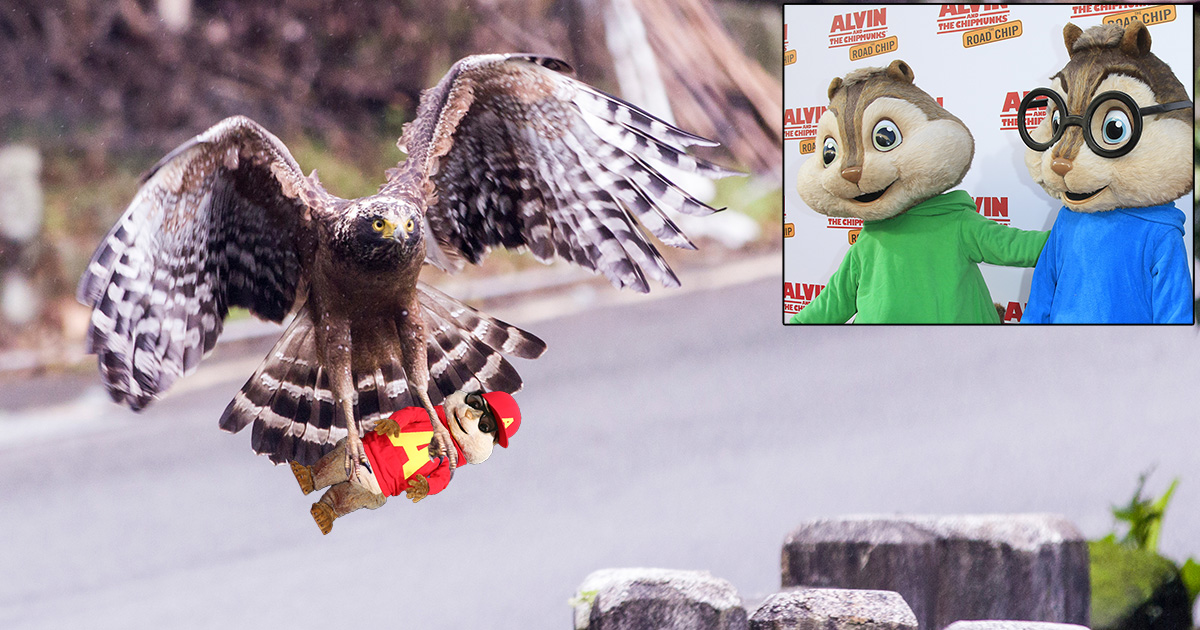 LOS ANGELES — Popular musical act Alvin and the Chipmunks are seeking a new frontman this week following the death of their previous lead vocalist, Alvin, after he was carried off by a hawk and presumably eaten alive.

“It breaks my heart to announce this, but I must confirm that Alvin T. Chipmunk has passed away,” said the late Chipmunk’s manager and adoptive father Dave Seville while holding back tears. “We were in the studio recording the group’s newest album when the little guy stepped outside for some fresh air, and a hawk swooped down and carried my son off to its nest to feed its own children. Our family is grieving, but we know Alvin would have wanted this album to be finished, which is why we are looking for a new lead vocalist to join the band. No one can replace the high-pitched voice we’ve all come to love, but we have to try. Plus, his tiny hat fell off mid-air, so the new singer can use that if they want.”

The late singer’s brother Theodore was the last to see Alvin alive.

“We were out front having a smoke and talking about the drums on the song we just recorded when I heard this loud screech,” Theodore said. “Next thing I know, Alvin is gone and Dave comes rushing out the door and shouting. He’s like, ‘Alvin? Alvin! AAAAAAAAALVIN!’ Normally it’s funny when he does that, but now I can still hear it echoing off the stillness in the air that day.”

Despite their loss, remaining members of the group are determined to continue creating music, even in the absence of one of their founding members.

“Of course I’m devastated at the loss of my brother, but we have to press on and complete the album in his memory,” explained Simon Chipmunk via Zoom. “We’ve certainly had some interesting candidates to fill Alvin’s role, but none have quite captured that perfect mix of grating vocals and catchy rhythms our fans expect. Bob Dylan was in here earlier, and we were looking forward to working with such a legend, but then he wouldn’t stop asking if the hula hoop Alvin sang about in our Christmas song was a metaphor for the abolishment of the military industrial complex.”

Both Seville and The Chipmunks will continue to interview potential singers, including a visibly nervous Barney the Dinosaur, who was overheard attempting to explain the current 10-year gap in his résumé to the group.