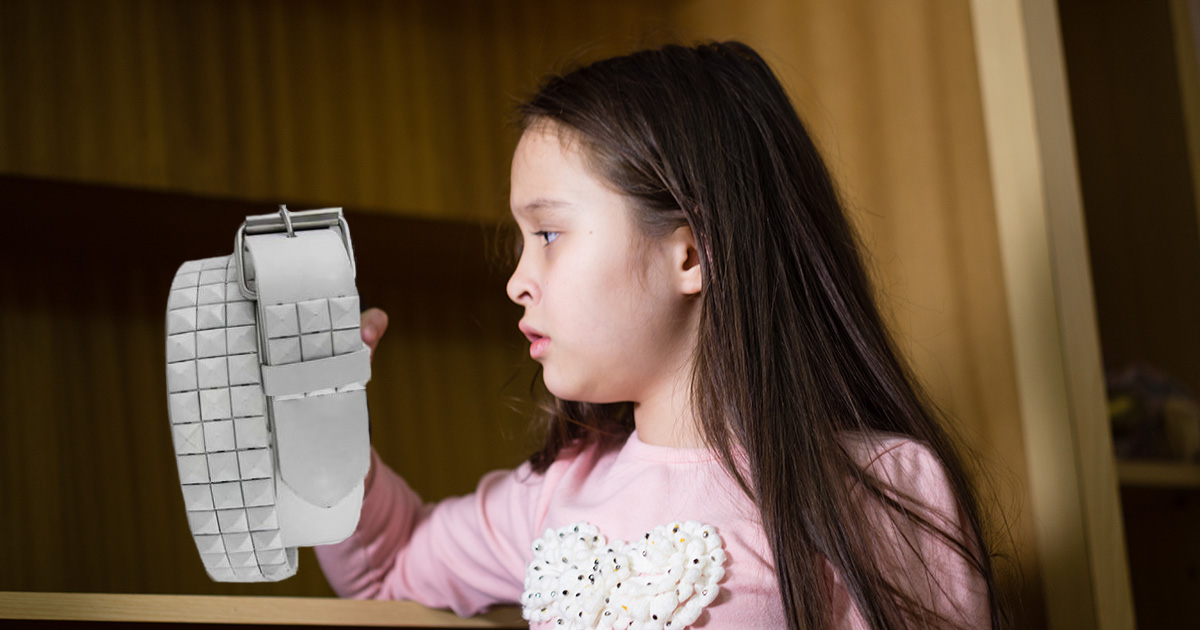 “We’ve never really seen any pictures of our dad from like 2002 through 2007 and nobody ever thought anything of it,” said Helena Gravel, 13. “But then when we found this old dusty box labeled ‘Mark’ full of white belts and a few flyers from shows with bands weird bands like Kodan Armada, Transistor Transistor, and Saetia things started to make a little sense. There was an old memory card in the box as well, we eventually found a functional digital camera at a thrift store to see what was on it and it was worse than I ever expected. My dad had pants that were so tight I’m surprised his feet didn’t fall off, and he seemed happy that his shirts barely made it to his waist. I won’t ever look at him the same.”

Gravel claims he has been preparing for this conversation for the past decade.

“I knew we’d have to have ‘the talk’ some day with my girls. It was important to explain that before I met their mother I got caught up with some really pretentious people,” said Gravel. “I’m not proud of it, but I was going to school in western Massachusetts and found myself lost in a sea of studded belts, Diesel jeans, and Saucony shoes. I wanted to shield my girls from my bandana phase, but I knew I’d have to face it eventually. I confessed to them that I was very into Livejournal and roadied for a very terrible band called September’s Dagger.”

Discoveries like these are becoming more and more common due to members of the early 2000s screamo scene becoming parents.

“I’ve had three kids this year come to my office crying to discuss pictures they found of their dads with a dyed black Spock haircut and tight girl jeans at a City of Caterpillar show or their mom with snake bite piercings and hair that covered both their eyes,” said Wagner High School Counselor Rebecca Smith. “Knowing their parents were involved in something so embarrassing can be scarring for these kids. Do you know how many times I’ve had to go through the history of Food Not Bombs with a 15-year-old? I just hope they never find out I have a Blood Brothers tattoo, I’ll be fired immediately.”

At press time, Gravel was getting ready to explain the checkerboard sport coat and dress pants his children found in a box labeled “SKA 1997-2000.”