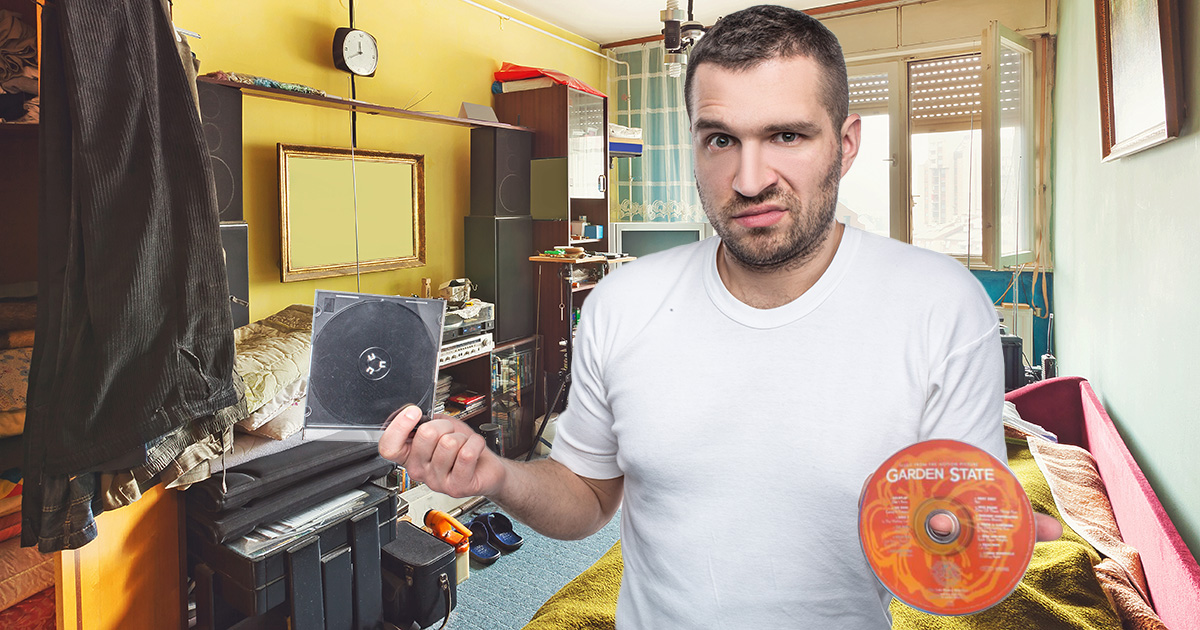 “My bunkmate Becca made this for me when we met at summer camp in 2004. We were inseparable because we liked random stuff like ‘Homestar Runner’ and ‘Wicked.’ We said we’d write everyday and send each other mix CDs of our favorite songs every week. In the third week, the mixes went from Barenaked Ladies and Black Eyed Peas, to these indie rock gems, but that was the last CD I got, the emails stopped soon after,” Eastman said. “I thought she hated me because I put two songs from ‘Avenue Q’ on my last mix. I tried to reach out, but her away message was always, ‘I am unavailable because I am playing a computer game that takes up the entire screen.’”

Eastman’s lost friend Becca Feldman insists that there was no malice in her decision to pass off the song selections as her own.

“I didn’t mean to plagiarize Zach Braff’s work, sophomore year was just a busy time. I went out for Cross Country, got cast as Hodel in ‘Fiddler,’ and started dating Jason McCarthy,” Feldman recalled dreamily. “I only had a half-hour on the family computer to burn something, so I grabbed whatever was on my brother’s nightstand. Glad she liked it, because the movie was dry dogshit.”

“People forget there was a dark side to playlist curation,” said Dr. Leslie Beckerman, Professor of Music Theory at the University of Vermont. “Mixtape exchanges are difficult for adolescents to maintain, with many turning to lifting swaths of music from soundtracks, college radio broadcasts, and even other mixed CDs from cooler classmates. My high school boyfriend had only one tape he would dub off to friends, lovers, and family. It still hurts to this day knowing he pretended I was special like that.”

Eastman says she forgives Feldman, especially after learning all her father’s favorite songs were from the “Top Gun” soundtrack.