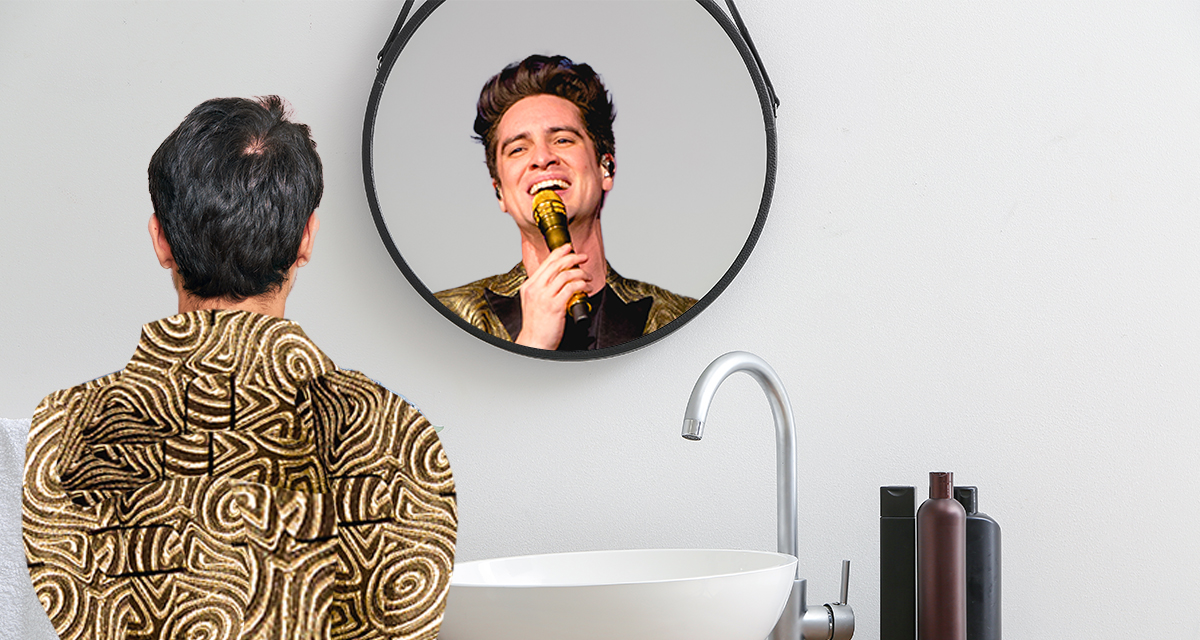 LAS VEGAS — Former Panic! At The Disco vocalist Brendon Urie reportedly announced the band’s breakup to his bathroom mirror given that there are no other original members to inform of his decision, sources with high, high hopes confirmed.

“It was challenging to sit down and have this conversation about ending Panic! At The Disco, especially since I had to clean the little toothpaste spots off the mirror as soon as I woke up,” Urie admitted while avoiding eye contact with his reflection. “Seeing the pain behind those beautiful brown eyes just about broke my heart. I haven’t seen myself that sad since ‘Viva Las Vengeance’ fell off the charts. I’m looking forward to becoming a father and spending more time with my family. Still, I’ll always treasure the memories I made with such an incredibly talented and wickedly handsome band.”

Urie’s pregnant wife, Sarah, couldn’t help but overhear the exchanging of words and was surprised by the vulnerability of the conversation.

“I’m really proud of Brendon for taking time away from the band as we enter this new chapter in our lives,” said the future mother while texting a team of songwriters for baby name ideas. “It’s rare for him to spend this much time with his own reflection without hitting a high note that causes the mirror to shatter. Our household goes through glass objects faster than Panic! went through lineup changes.”

“I turned down a five-year contract with Ghost to focus on Panic! full time and this is how Brendon repays me? I had to hear about this on Twitter,” said touring drummer Dan Pawlovich. “Even a text or something would have been nice. It’s cute that he’s quitting music to start a family but I tour with him to feed mine. Not to mention, I was really looking forward to playing these songs live for the next few years. It’s so much easier to remember the parts when they all sound so similar.”

At press time, Urie graciously sent all touring members baby shower invitations along with their severance packages which contained an autographed copy of “A Fever You Can’t Sweat Out” on CD.