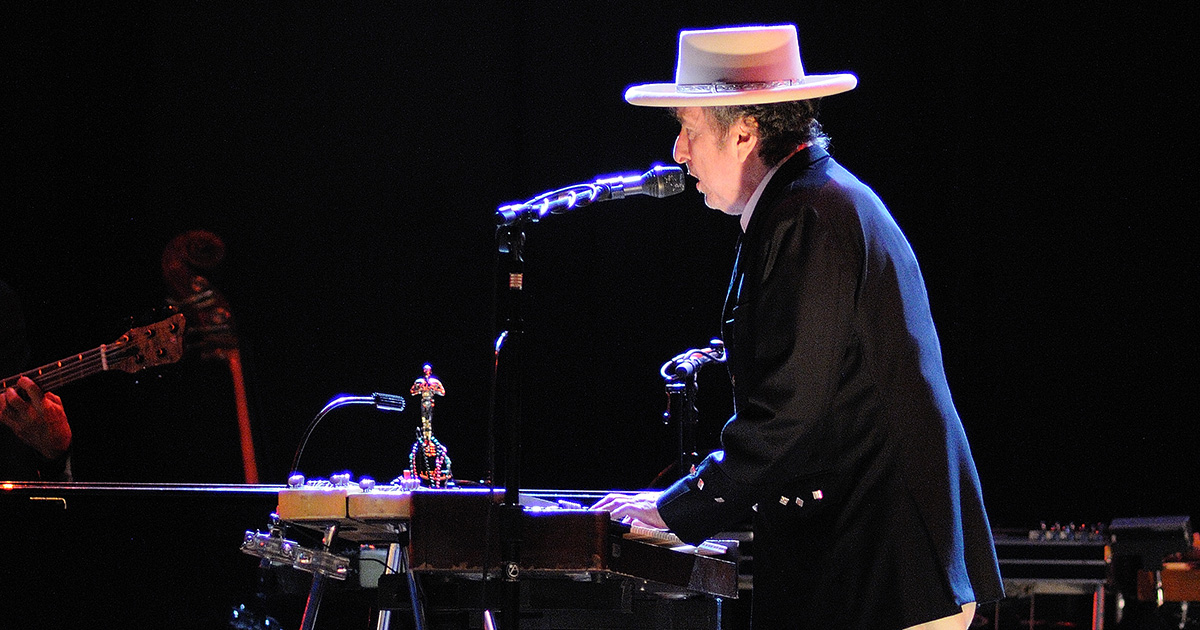 ASHEVILLE, N.C. — Legendary singer/songwriter Bob Dylan incorrectly introduced several of his own songs at a concert yesterday as “covers,” despite having written them himself several years ago, bewildered venue staff and audience confirmed.

“I was a little confused and, frankly, startled,” admitted Bob Dylan superfan Pete Walker. “I know Dylan’s catalog from beginning to present. Why would he say he’s playing his rendition of ‘…one of his favorite Jimi Hendrix tunes, “All Along The Watchtower?”’ C’mon, man. Rookie mistake!”

As the show progressed, audience members realized this was not an isolated incident.

“I grew up in the ’60s, and I can tell you for a fact that Dylan — not Eric Clapton — wrote the folk gem, ‘Knockin’ On Heaven’s Door,’” noted attendee Mary McGovern. “When Dylan said he was going to ‘attempt the Clapton classic,’ I thought he might be a few fries short of a Happy Meal, bless his heart!”

Eventually, the audience stopped listening to the folk star entirely in favor of arguing with each other about how many songs they thought Dylan originally wrote.

“Little known fact, but Bob Dylan is responsible for the lyrics behind the seminal hip-hop classic, ‘Rapper’s Delight,’” asserted local Bob Dylan know-it-all Jimmy Boggs, who several concert-goers described as “an idiot” who “clearly had one too many edibles before the show.” “The line, ‘I said-a hip hop, hippie to the hippie, the hip, hip a hop, and you don’t stop,’ is actually one of Dylan’s early reflections on the plight of the American wheat farmer during the Depression. You can Google that.”

Dylan closed the concert by thanking the audience for being such a great crowd and announcing an encore, including a new song he had just finished writing called “Good Vibrations.”