Bassist Nervously Approaches “What Are We?” Convo After Third Jam Session 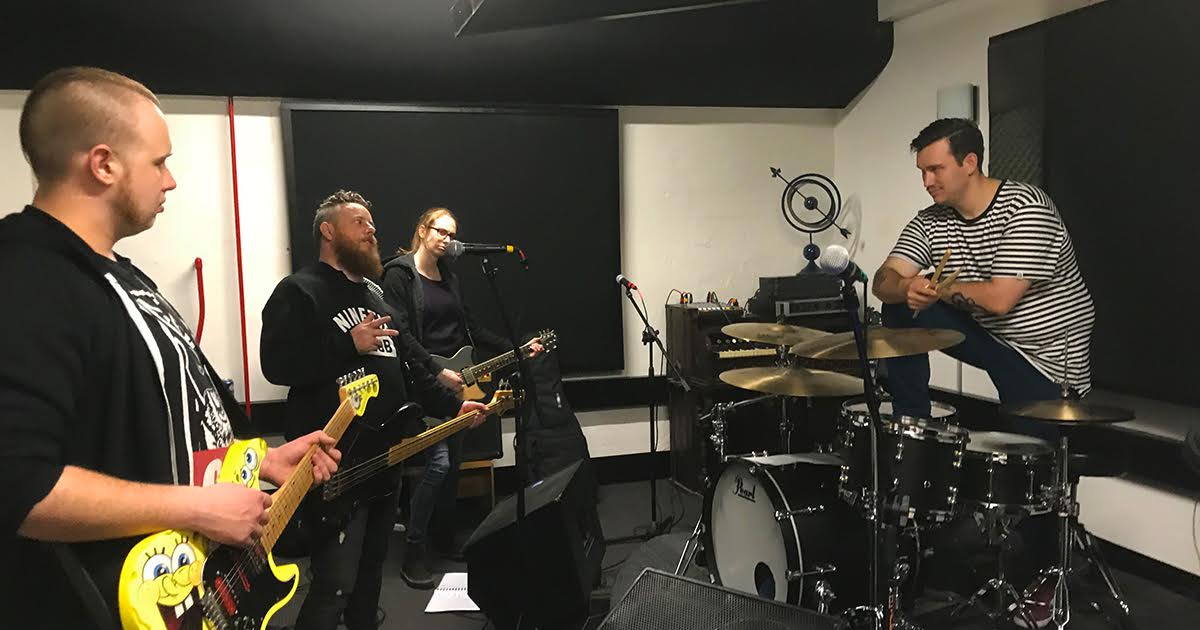 AUSTIN, Texas — Bassist Philip McKinney finally worked up the nerve last night to ask about his relationship status with his fellow members of Pabst Blue Prison after jamming with them multiple times over the course of the past month, sources close to the band confirmed.

“We’ve been jamming on a pretty steady schedule ever since we met at an open mic,” said McKinney. “I saw they didn’t have a bass player, they saw me play a solo grunge version of ‘Time in a Bottle…’ We really hit it off. I just need to know if this is for real, or if this is just casual.”

McKinney finally took the leap after doing some soul-searching of his own.

“After three jam dates, it just felt like the right time to ask, you know? I lit some incense and put on a Marvin Gaye Spotify playlist to relax a bit,” said McKinney. “We’ve been vibing so much… I know that bands with both dudes and chicks are really popular right now, and I’d still just be another dude. There are probably plenty of bass players out there for them, but I needed to know where I stood.”

Friends close to McKinney admitted they aren’t surprised he’s already attempting to join another band, even though he just left a year-long stint with his last group.

“He literally does this every time he meets someone who can play an instrument,” said close friend McKayla Craymore. “He falls head over heels, and starts planning their whole future: a record release, a tour of the southwest… he’s even talking about buying some amps with them. Jesus Christ.”

The other members of Pabst Blue Prison confirmed that McKinney was visibly shaking before asking the question.

“Philip was all fidgety and basically had tears in his eyes when he approached us. And of course we wanted him in the band — the guy can really play that low end,” said singer Alexis Romero. “But, when it came time for our first official practice together, he didn’t show. I texted him eight times to ask where he was, but he never responded. I found out through Instagram that he went back to his previous band, Five Year Plan, and was recording a new EP with them instead.”

“After listening to his other work with them, though, I honestly think we dodged a bullet there,” added Romero with a sigh of relief.