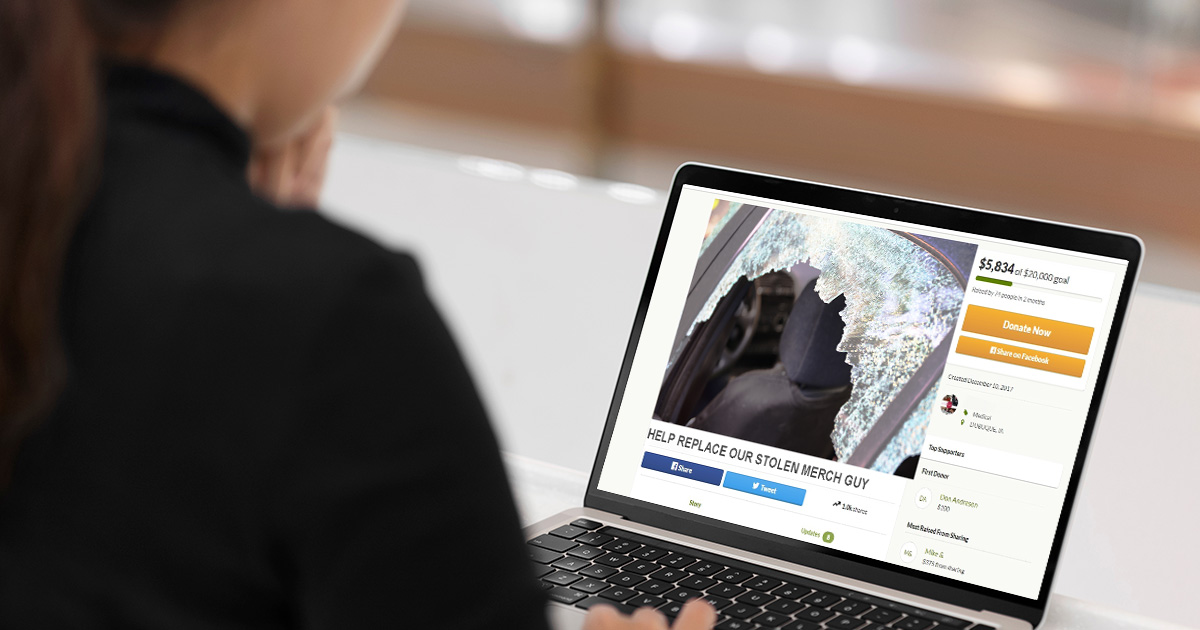 ST. LOUIS — Local punk band Blood Fighters launched a plea for help today when they started a crowdfunding campaign to replace the merch guy that was stolen during their most recent show downtown, confirmed sources eager to help.

“Ryan (Harper) will be missed, but what’s done is done. We searched Craigslist, Facebook Marketplace, and eBay and there is still no sign of him. It’s time we move on and get back on the road,” said lead singer Kevin Oslo. “We are asking fans, friends, and family to give anything they can to provide us another merch salesman who is good at making change, telling people ‘we are sold out of mediums,’ and can set boundaries by not letting people store their shit behind our table. We know theft is just part of the business when you’re a small band, but nothing would give the band, and Ryan’s family, closure like being able to start touring again.”

Local contributor to the campaign Dianne Merkowitz explained that she hoped her donation would help the band soar to new heights.

“I remember [the band’s] old merch guy, he was a dingy, broken-down piece of shit. He always smelled kind of funny, he always burped mid-sentence, and I think he used a shirt he sold me as a napkin one time. The thing had so much marinara sauce on it,” Merkowitz said. “I can’t even imagine who would want to steal him, but here we are. I’m hopeful the campaign will succeed so that they can afford a much more high-end merch guy that will at least last them a lot longer. Oh, and also I hope the police find Ryan and whatever, obviously. Such a tragedy.”

GoFundMe CEO Michael Henley said that while the campaign may appear to be slightly unorthodox, more and more people need someone special in their life replaced these days.

“Merch guys, children, parents, lots of people go missing,” said Henley in between drafting legislation to prevent Medicare for all. “While yes, sometimes memories cannot be replaced with money, campaigns like this help people move on by affording a newer, sleeker model to take their place. Kidnapping is obviously something that needs to be taken very seriously, but at least now the missing person’s duties can still be performed while they are gone.”

UPDATE: The band added a stretch goal to their GoFundMe which would help buy health insurance for the replacement member should they ever need a kidney, liver, or any additional organs down the line.