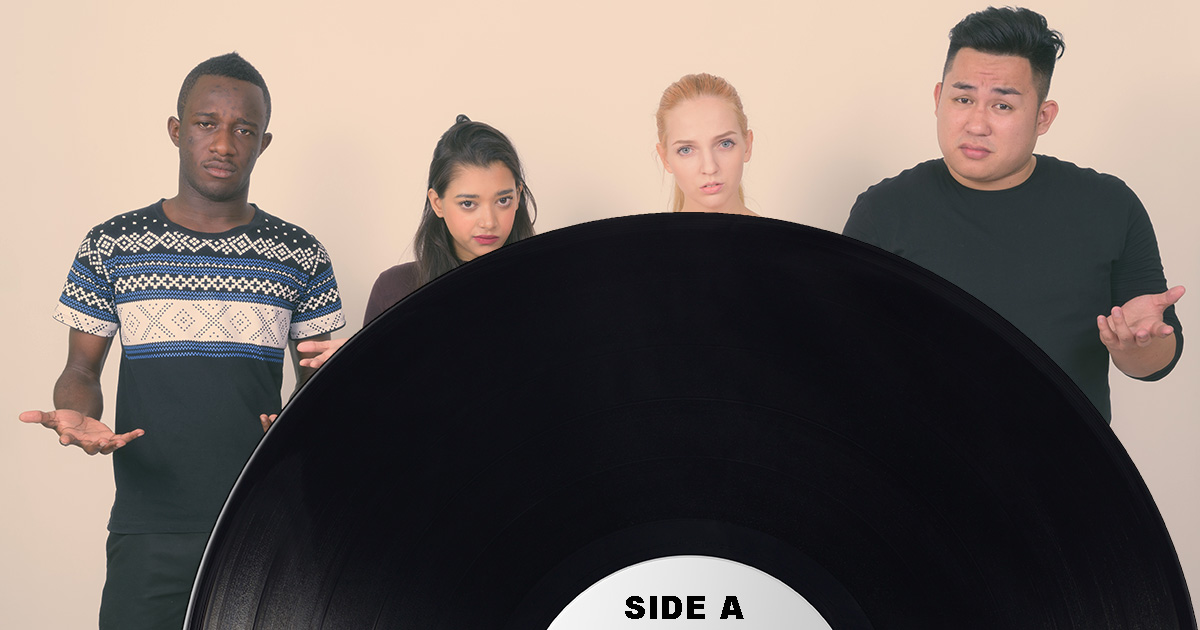 “I’ll never forget the feeling of confused horror washing over me when I heard the beeping of all those 18 wheelers backing into our rehearsal space. Then, out they came, the biggest slabs of vinyl I’ve seen in my life. You could side a whole apartment complex with one of these things,” said Grinch Meat bassist and singer Randall “Pluto” Frenette. “Nobody wants to take the blame on who messed up inches and feet, but I swear it wasn’t me. I learned my lesson from the ‘Spinal Tap’ Stonehenge scene.”

Though the members of the band are frustrated over their mistake, Grinch Meat’s merch person is content with the misunderstanding.

“I’m just glad to be working outside in the open air. These new singles are too big to fit through the doors of any venue within miles of here, so I set up the table out back. On a clear night I can see the stars…I got no complaints!” said merch guy Elliott Milsap. “Plus, I’m getting super jacked lugging those things in and out of the trailer. I hope they record a full length soon, so I can strap a few of these to my back and use them on leg day.”

Electrical engineer and acoustician Helen Lowe has been hard at work with the band to figure out how to play the disc without use of a conventional-sized turntable.

“We’ve discovered that if you hold a big stick-like item, say a shovel or a cane, into the record groove and run along the top while dragging said item, you can get a pretty good sound out of it,” said Lowe. “I mean, let’s face it, their music was pretty unlistenable in the first place, now they’ve got the merch to back it up.”

“It’s understandable that the band’s clientele may not want to put such effort into listening to just one song,” Lowe added. “So I’ve been pushing the band to start selling them as pool covers.”

Failing to sell their new single at shows, Grinch Meat decided to unload the entire run on local thrift stores, squashing several Goodwill donation kiosks under the weight in the process.