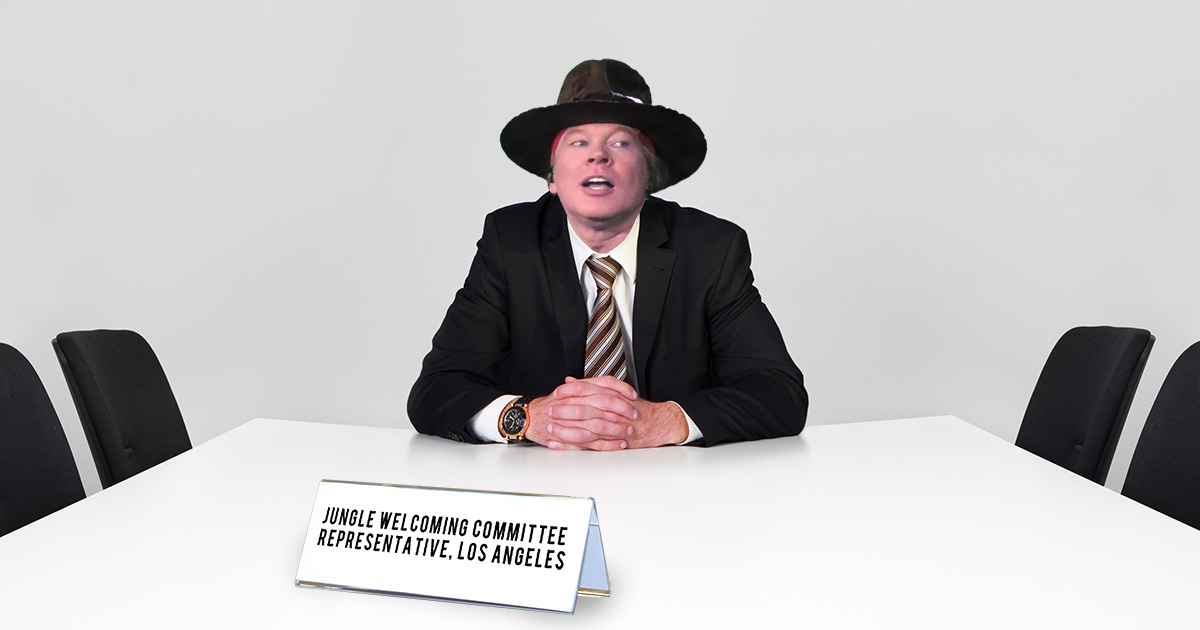 “The truth is, Axl just hasn’t been pulling his weight for years, and this has been a long time coming,” said Keith Wilson, President of the Los Angeles chapter of the JWC. “When someone first visits the jungle, we like to show them around, introduce them to all our many amenities — the fun, the games, etc. But Mr. Rose spends most of his time just aggressively skipping back and forth and threatening visitors with death. Plus, he never remembers to bring snacks when it’s his turn on the schedule. The one time he did bring snacks, it was just a half-eaten can of BBQ Pringles, and it was wet for some reason. We’ve had it.”

“He’ll waltz into a meeting after we’ve been waiting on him for hours, and for some reason he’s pissed at us. By the time he actually gets there, we’ve already worked through most of our agenda,” said Van Yue, Committee Secretary. “Bottom line, he just isn’t respectful of the rest of the members. Last week he got into a feud with the treasurer; before that, he got into one with the program manager… then the volunteer coordinator, then the health and safety officer. He also has a lot of very bad blood with a local troop of spider monkeys. Everyone is absolutely exhausted.”

Aside from issues with committee members, Rose has a history of disturbing visitors of the jungle as well.

“I wouldn’t say he was welcoming, so much as abruptly hostile,” said jungle visitor Alice Cromley, who was confronted by Rose immediately upon entering the jungle. “After accosting me and my husband, he started berating my nine-year-old daughter about how ‘Chinese Democracy’ was ‘actually a really innovative album and completely worth the wait.’ And I never want to hear the word ‘knees’ again as long as I live.”

Compounding his frustration, Rose is also reportedly fighting to keep his spot within his local Civil War reenactment group.