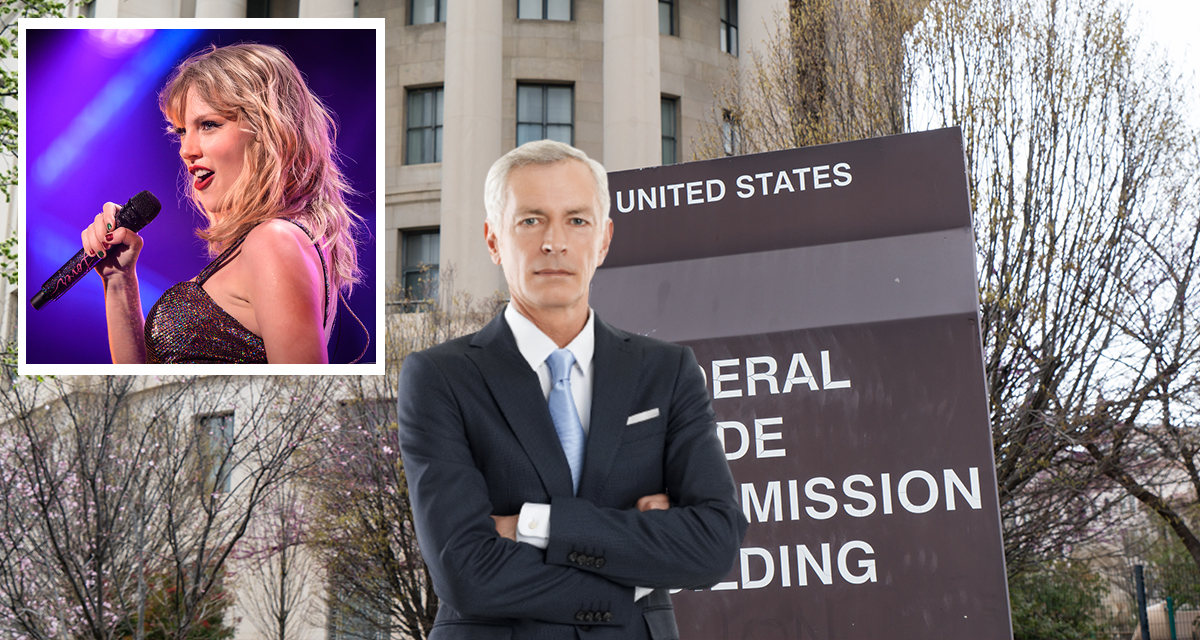 WASHINGTON — The Federal Trade Commission filed an antitrust lawsuit against pop star Taylor Swift, alleging that she now holds a monopoly over American music and should be broken up into ten smaller artists, righteous sources confirmed.

“When Ms. Swift achieved the unprecedented feat of holding all of the top 10 songs in the Billboard Hot 100, we knew we had to act,” explained FTC spokesman Gavin Pettifer. “In our view, Ms. Swift now essentially amounts to a cartel. Her musicianship and business acumen have been criminally colluding with her everywoman accessibility, wilfully suppressing competition and flooding the market. Breaking her up into ten depressingly mediocre artists will clear the ground for previously marginalized acts to thrive: your garage rock ‘n rollers, your teenage rap singers, your Gavin Pettifer Banjo Extravaganzas, to name just a few.”

Francisca Quevedo, a member of Swift’s management team, admitted that the musician has not been cooperative in complying with the ruling.

“We have been trying desperately to come up with new alter egos for Taylor that will be less dominant in the marketplace,” said Quevedo nervously. “But no matter what terrible concept we give her, whether it be sea shanties in the Danzig voice, or beatbox Beefheart, she just petulantly spins them into highly replayable radio bait. This morning we workshopped a character called Haggerty Flatulenza, who exclusively burps Neutral Milk Hotel songs into a kazoo. We uploaded a Haggerty song to an anonymous SoundCloud account an hour ago, and fuck, ten million streams already. Back to the drawing board.”

Pop music historian Daniel Adeyemi warned that in taking on Taylor Swift, the FTC may have a battle on their hands.

“Historically, Taylor has not taken attacks like this lying down,” explained Adeyemi. “It goes without saying that the FTC will get a crypticly scathing song written about them on her next album. Then she’ll probably do some kind of gloriously petty power move like re-record ‘Fearless’ and ‘Red’ even though she’s done that once already. Frankly, I can see her eventually going full Scarface and just mowing down these guys with sharpened Grammy awards as they come to take her away.”

At press time, millions of Swifties were exchanging fan theories about possible hidden meanings and easter eggs in the lyrics of Swift’s surprise new drop “FTC: F*** Those C****.”