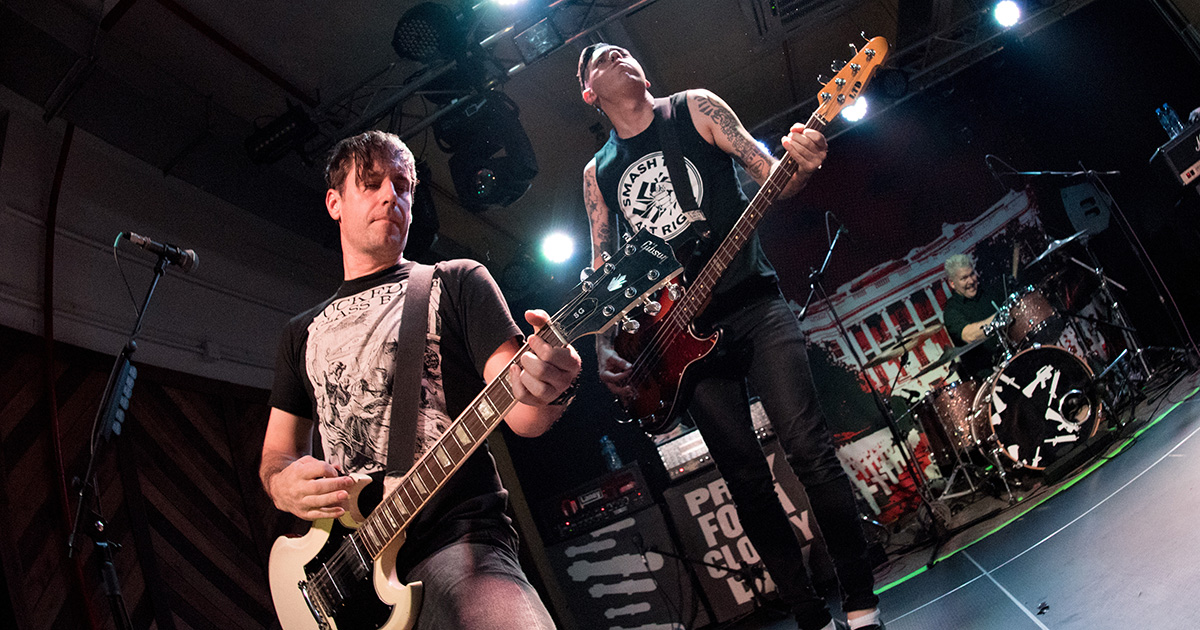 “We’re concerned people aren’t engaging [with the music]. We often see fans filming with their phones, but not singing along, and we couldn’t tell if our message was actually reaching them,” said singer Justin Sane. “So, we mixed it up a little bit to keep people on their toes, while our tour manager gauges crowd reaction.”

The song, “A Man We Can Believe In” — arguing for the benefits of a businessman running the U.S., along with the affirmation of gun rights — was met with mixed reactions.

“I was a little confused when Chris Head said, ‘This one goes out to all the real Americans out there!’” admitted fan Shalin King. “And I knew things were really off when the chorus encouraged us to bring back coal again.”

“It was incredible! Pat Thetic looked right at me while I was live on Instagram, so that was awesome,” said local high school student Jimmy Alsmiller. “They still got it. I started a circle pit when they chanted about ‘Trump 2020.’”

Reports show Anti-Flag is merely the latest aging punk band to test whether or not their audience was truly paying attention.

“I got really bummed at our last show in Phoenix,” admitted NOFX guitarist Eric Melvin. “We had two songs back-to-back about the negative effects of hard drugs and drinking. No one seemed to notice.”

Both bands credited Bad Religion with inspiration, whose 2016 album I Can Do All Things Through Christ Who Strengthens Me received minimal reaction.