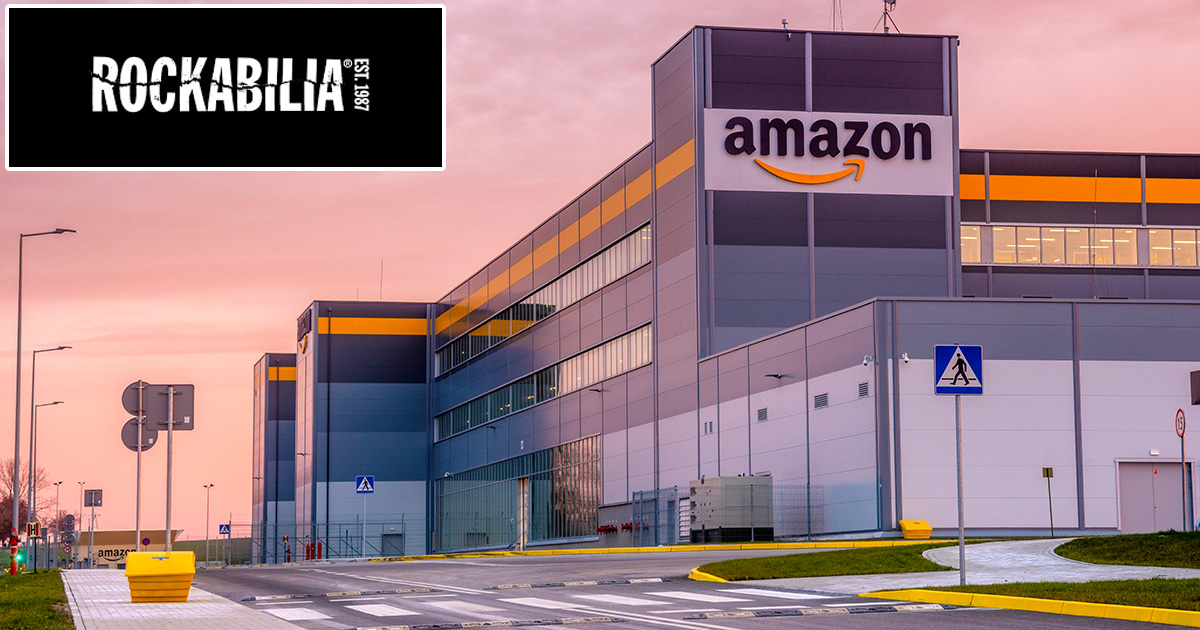 “They were squatting in our cloud space,” said Amazon representative Jennifer Clark. “The third party seller feature is meant for professional businesses — not punks seeking free online storage. They even tried tricking us into delivering packages for them by sneaking their boxes onto our trucks. We’re not that oblivious. We definitely started to notice after the first year or so.”

Rockabilia responded with a statement claiming they were simply “fighting the power,” like any other music-oriented entity would.

“F the man! Let’s see Bezos call the cops on this,” said 42-year-old Rockabilia marketing lead Darrin Simpson before making a Xeroxed photocopy of his own ass. “The most annoying part is they would’ve never even noticed if dumb Jared [Rumter] in accounting didn’t copy them on all our bookkeeping emails. I think he meant to CC American Football… which he does on all his emails for some reason.”

While most Amazon users hadn’t noticed or cared about Rockabilia’s existence, a small portion of Amazon’s clients were glad to hear the complaint was filed.

“I’m over here with my Etsy store, trying to be reasonable, selling my essential oils for hot yoga — specifically, on the arches of your feet, before noon, to ward off evil spirits of your past life,” Britt Hanson, a holistic healer/Tarot card reader/Twitter journalist whose online shop recently added Amazon Prime compatibility, said. “I know it’s just a website, but I still feel like they’re over there making loud noise, throwing parties, never showering… you know, all that stuff that drives away my customers next door. I say good riddance to them!”

“I was getting ready to consider asking for a manager, so I’m glad someone finally said something. I hope they get evicted and go back to the East Bay, or wherever they’re from!” she added.

At press time, Rockabilia had reportedly switched out all of their Prime inventory for eggs, but the prank was sadly lost on Amazon reps.