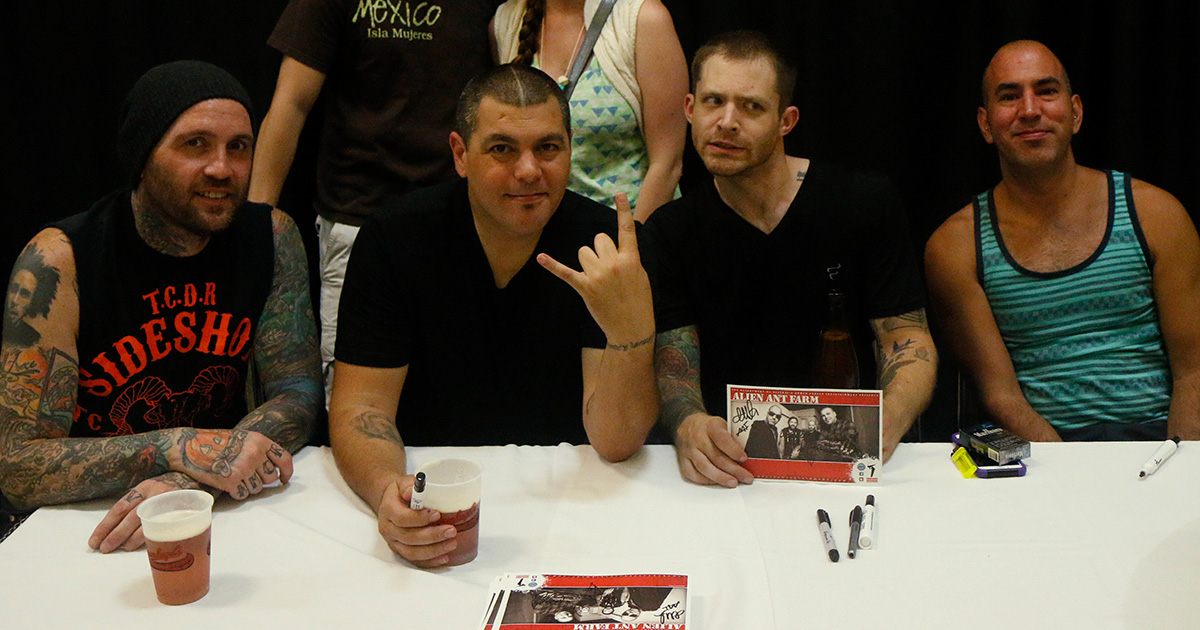 ASHLAND, Ky. — Members of Alien Ant Farm are reportedly hoping “everyone’s cool” with them still performing a cover of a Michael Jackson song, as their first high-profile performance since the release of HBO’s Leaving Neverland documentary approaches.

“We understand there’s a bit of a backlash against [Jackson] these days after that movie came out,” said Dryden Mitchell, Alien Ant Farm’s vocalist. “We’re totally sympathetic, and the last thing we want to do is upset anybody. However, if we don’t play ‘Smooth Criminal,’ I’m pretty sure everybody at the Boyd County Fairgrounds is gonna be pissed. As you can see, we’re in a bit of a pickle.”

Alien Ant Farm gained notoriety in 2001 after their cover of Jackson’s classic song topped charts around the world. Having never found traction with compositions of their own, however, the band continues to feature the cover as the backbone of their stage show.

“Oh, yeah… gotta play it every night,” said drummer Mike Cosgrove. “Sometimes, if everybody’s tuning out, we’ll throw it out there in the middle of the set. We’ll still close with it after that, of course. Our fear is that people’s intolerance for the alleged actions of Mr. Jackson will be met only by their dissatisfaction with our original music. We’re not really sure what to do — maybe we’ll just play a few bars and read the room. If the people aren’t into it, Dryden can just go on a tirade against him and we’ll wing it from there.”

Unsympathetic to the band’s predicament is county fair director Stuart Judd, who made it clear when speaking to press that the band was expected to play their lone hit.

“I am not paying these boys to fuck around,” he said. “I am paying them to make drunk people think maybe $25 wasn’t such a bad price to pay for a carnival after all. If they don’t play ‘Smooth Criminal,’ I will make sure they have no access to Momma Lovejub’s Famous Fried Dough… and there’s no way in hell these guys will get ride wristbands, I can tell you that.”