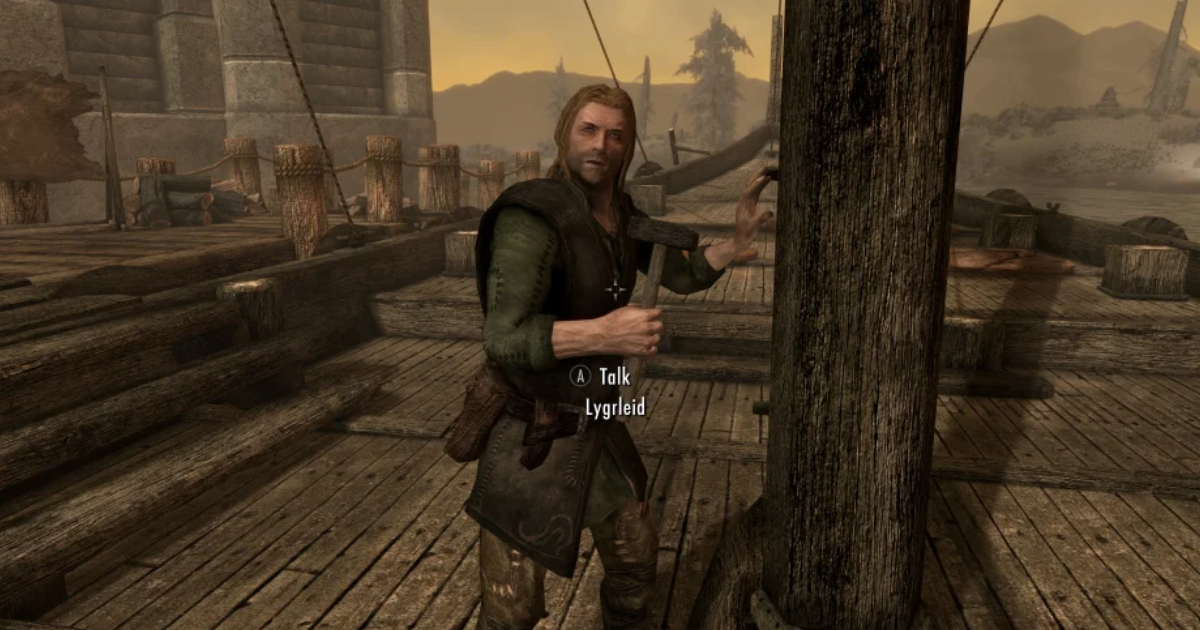 EDMOND, Okla. — Upon directing his hero to talk to a kindly NPC, local gamer Rory Leech was devastated to discover that the elderly character in question had nothing to offer but a boring personal story that wasn’t even a clue or anything.

“My family and I have lived in this village for 40 years!” said the cheery, ultimately inconsequential old loser providing absolutely no strategic value whatsoever. “We don’t get visitors much these days, so we’re pleased as punch to see you wander through. Would you like to hear about the savior who rebuilt this land after the Great Calamity?”

Despite selecting the dialogue option “no thanks,” Leech was subjected to upwards of 45 seconds of excruciating unskippable backstory that had no bearing on whether Leech would achieve 100% completion.

“I already have the dialogue text set to the highest possible speed, so I thought if I mashed X enough times the guy would shut up,” Leech explained. “But then some fuckin’ wistful lute music started playing over an illustrated cutscene and I thought, ‘oh Jesus, this is gonna be a whole deal, isn’t it?’”

When pressed on why he would approach the NPC in the first place if it was going to turn out to be such a massive waste of time, Leech attempted to explain his reasoning.

“I dunno, I went to talk to him because he looked all old and shit, so I figured he’d give me a staff or amulet or something,” Leech said. “Turns out he was just providing some dumbass exposition about his little baby family and the village’s oh-so-precious origin.”

“I don’t have time for that pointless stuff!” declared Leech, sedate on his couch.

After sitting through the monotonous tale revealing the obnoxiously rich tapestry of the game’s world, Leech went on to skip reading all of the town’s signs, tossed the sentimental but functionless item that the hero’s mother gave him, and zoomed past any cottages that didn’t appear to contain loot or secrets.

At press time, Leech ignored a text from his dad just “checking in” on him that didn’t even imply he was going to send him money anytime soon.