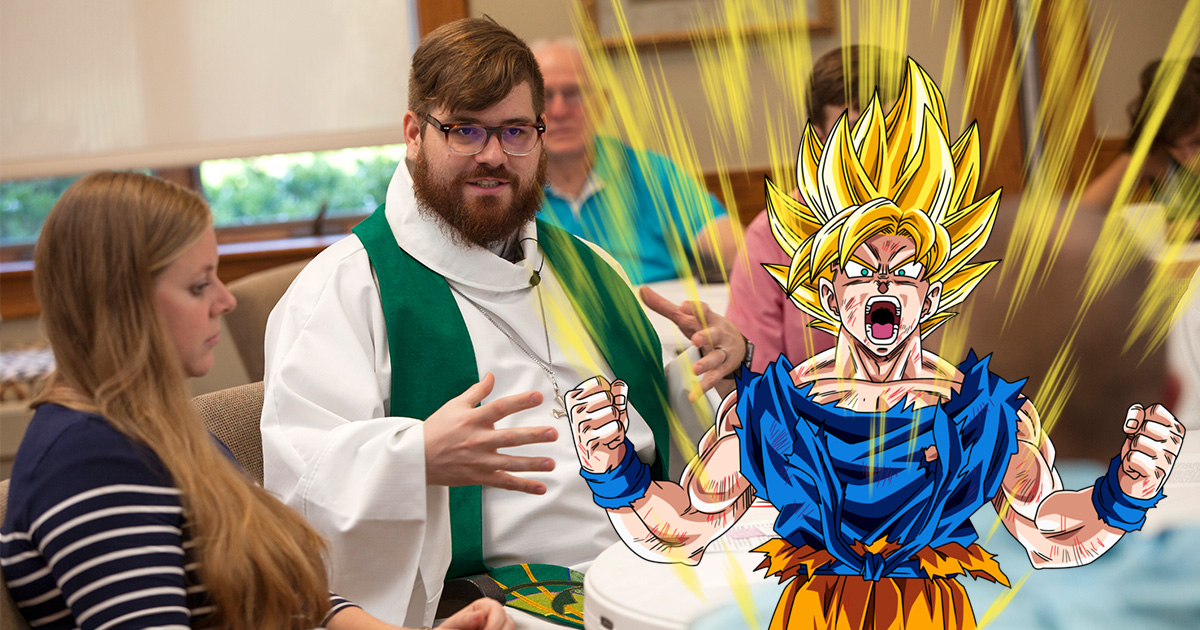 Ever since I heard people do these “Scream Like Goku” events on Facebook, I’ve been wanting to get my Super Saiyan and join the fun.

The problem is that nobody in this lame town knows about anime or other gnarly shit so I figured I would never be destined to bellow at the top of my lungs with like-minded individuals.

So imagine how stoked I was to see my older brother Chris created an event on Facebook to scream like Goku in our Bible study class.

I showed up wearing my sweetest Android 18 shirt. It’s the one where she’s wearing a bikini and has extra huge cans. When the clock struck 3:30, it was go-time. I shot out of my chair and started screaming at the top of my lungs. I screamed like Goku so hard it made Agnes the organist spit out her dentures!

It was kinda weird that nobody else was doing it, though.

I kept screaming until Pastor Brent put me in a sleeper hold. When I woke up, I was tied to a bed and my parents were crying over me. Pastor Brent said that I was possessed by Satan and needed to be, like, exorcised and shit. I told him I was a Saiyan, not Satan (Who would want to be Satan anyway when Vegeta could totally kick his ass?). My mom begged Pastor Brent to hose me down with holy water as I told them how sweet it was that Piccolo could grow his arms back.

Everything’s weird at church now and I’m not allowed to go back.

Anyway, that’s my “What Happened Over Winter Break” essay.