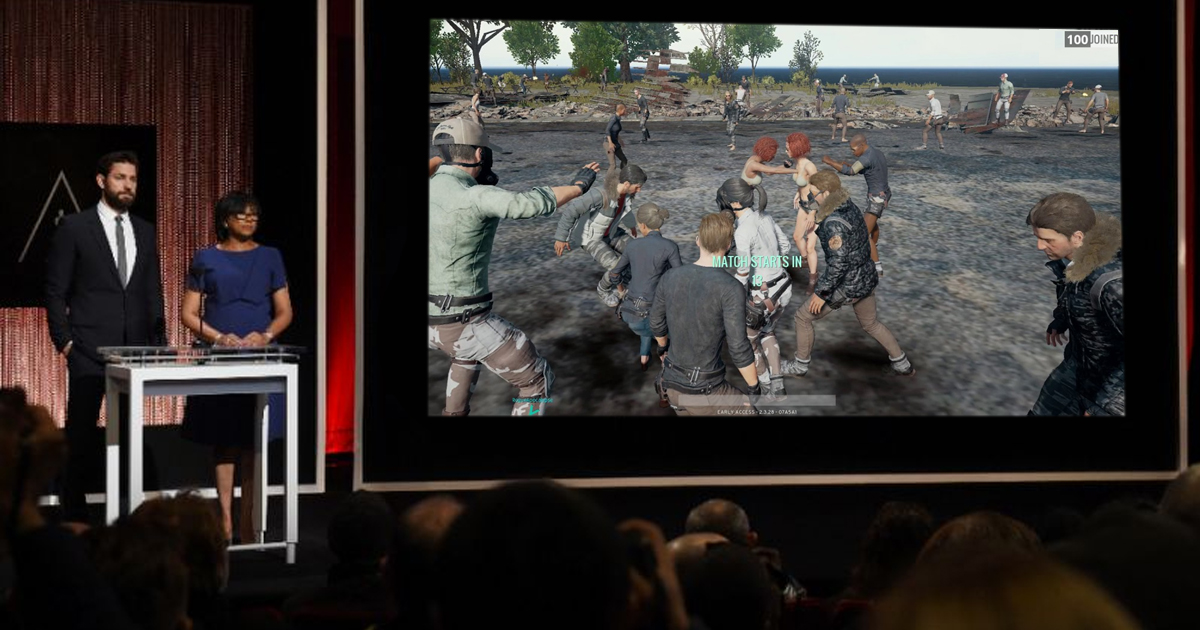 LOS ANGELES — In a stunning first, the voice communication feature of PlayerUnknown’s Battlegrounds has taken home the Best Documentary Academy Award for its standout depiction of a wide range of mental illnesses.

“It’s truly an honor,” said lead developer Brendan “PlayerUnknown” Greene. “When we started building this thing we were trying to revolutionize the world of multiplayer shooters. But we also wanted to create an in-depth portrayal of those suffering from the kind of diseases that cannot be seen. The folks in desperate need of mental health treatment who tragically aren’t getting it.”

Since the game’s March launch, PUBG’s voice chat has captured the hearts and minds of critics with its varied collection of screaming, slurring, and other brutally realistic examples of general psychosis.

“I’ve never seen depictions like this within the medium,” wrote one New York Times reviewer. “I’ve encountered characters who feel compelled to scream every obscene word imaginable during warm-up. I’ve met people who pin their entire self-worth on their ability to kill other players in a simulated version of an early-2000s Japanese film. You can tell the developers put the work in.”

Sources say that PUBG creators BlueHole Studios hired several mental health consultants when developing the voices for the in-game chat. The outside psychiatrists helped ensure that the depictions of the violently mentally ill would be fair, adding to the game and raising awareness rather than using the suffering of others as a gimmick.

“I personally advised BlueHole through development,” said UCLA Psychology Professor Dalton Zhu. “We worked to tastefully depict psychopathic lack of empathy, borderline personality disorder, and so on. Not to stigmatize the sick, but to humanize them. These people are on the same level as you. Some will even kill you and hump your corpse, as equals.”

“Admittedly, they added a few too many people who think it’s cool to just yell the N-word over and over. That group is pretty over-represented,” added the distinguished consultant.

While BlueHole is celebrating the landmark win, their competition is already beginning to ramp up for next year. Said one anonymous Riot Games employee, “Congrats to PUBG, but just wait til they see what we have cooking up for League of Legends 2.”