PlayerUnknown Joins 25th Season of Dancing with the Stars 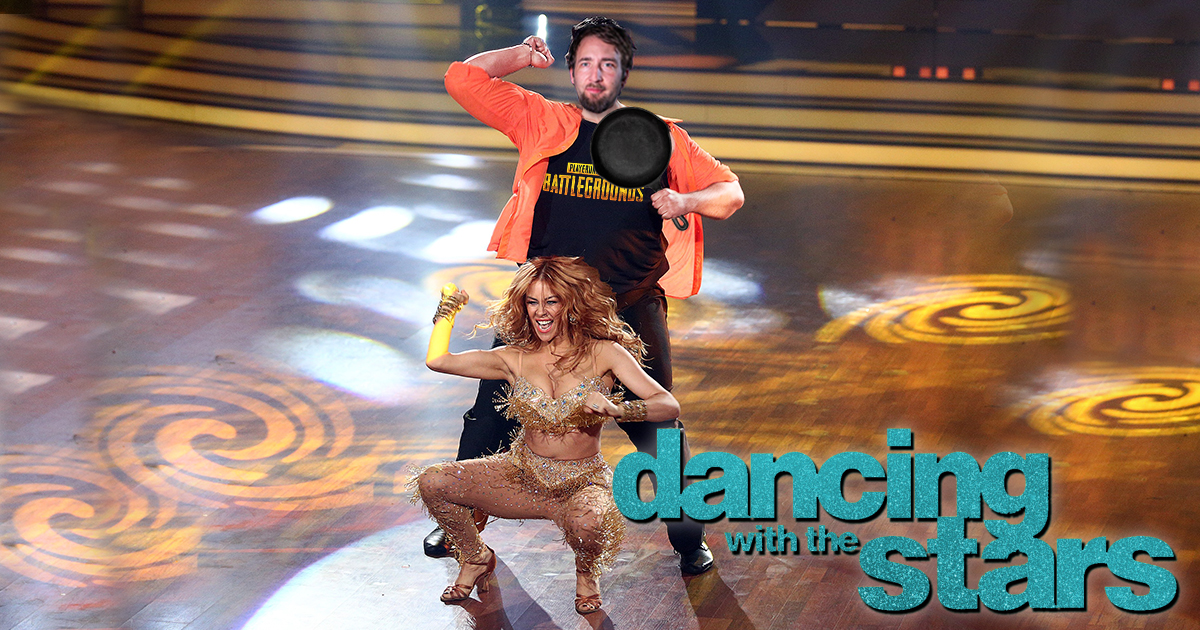 LOS ANGELES — Popular video game modder Brendan “PlayerUnknown” Greene announced that he will join the 25th season of ABC’s Dancing with the Stars, today. Greene, creator of the hit game PlayerUnknown’s Battlegrounds, will waltz and salsa in competition with the retired athletes, forgotten actors, and politicians who form the rest of the cast.

“We’re very excited to add PlayerUnknown to the cast,” said Stars host Tom Bergeron. “Though he doesn’t fit the usual profile of our contestant, we believe his unique skill set will be a thrilling addition to an already excellent lineup. I think he might become a fan favorite—he certainly won’t be DancerUnknown,” Bergeron added, with a chuckle.

Greene will be the show’s first video game designer, and he believes that his background will give him an edge in the competition.

“I’m an extremely competitive player and I plan on being the last person on the stage,” said Greene in a tweet.

“My plan is to grab a shotgun and then find a safe place where I can wait out the early slaughter,” explained Greene in an interview with the press. “I’ll let the more aggressive players like Terrell Owens and Frankie Muniz take each other out, then samba over and see what I can loot from their corpses. After that, I’ll Charleston my way to the center and let the enemies—er, dancers—come to me. Easy pickings.”

Greene’s dance partner for the show, former Russian ballet primadonna Anastasia Kolinkov, states that while she hasn’t played Battlegrounds and thought that PlayerUnknown was an apt name, she did think “Josh Hutcherson was pretty cute in The Hunger Games.”