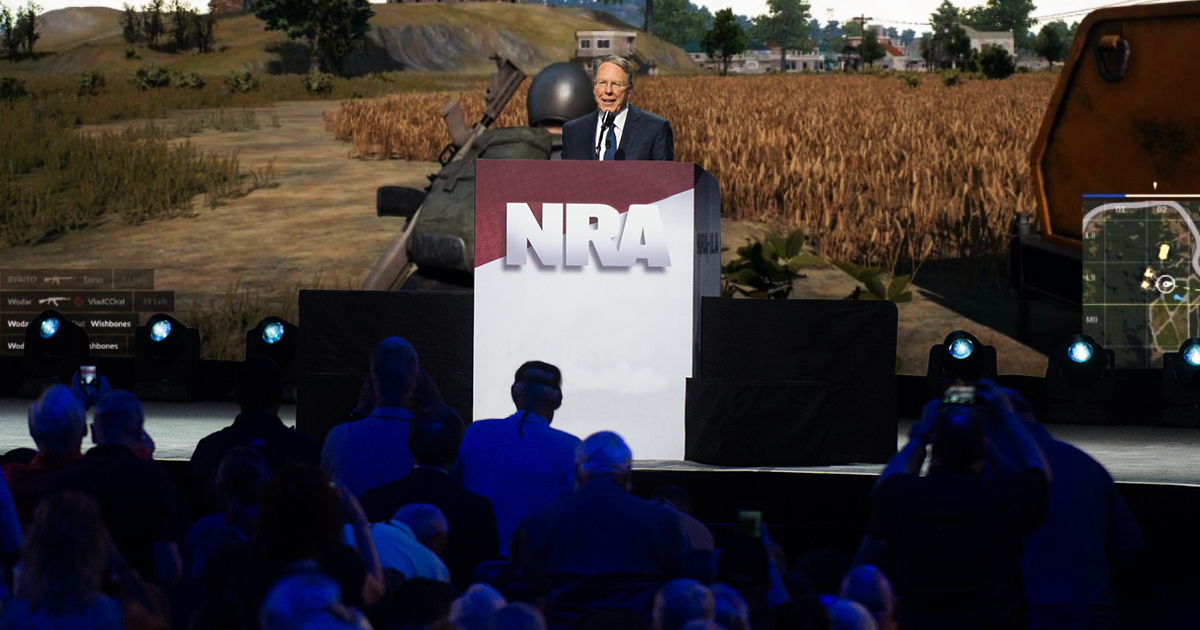 FAIRFAX, Va. — Earlier this week, the National Rifle Association (NRA) filed a lawsuit against PlayerUnknown’s Battlegrounds creator Bluehole Studios for limiting the number of firearms a player could carry to three; the game is under fire for what the NRA is calling an “unconstitutional firearm carry-limit,” according to close sources.

“Developers have been encroaching on gamer’s second amendment rights for years and it’s time to put an end to these limitations,” said NRA spokesperson Robert Mitchell. “The Constitution clearly states the people’s right to bear arms shall not be infringed, and that means unlimited weapons as well as unlimited pans.”

“No law abiding citizen should be forced to choose between dropping a Micro UZI and an SK12 in order to pick up a sniper rifle and pick off people running away from the blue zone. It’s simply un-American.”

Mitchell claimed the gun limit targets law-abiding players and puts them at a disadvantage against hackers and other criminals who are already ignoring the rules.

“The only thing that stops a bad guy with a gun, is a good guy with a SCAR-L, but what if the bad guy has four guns and I’m limited to three?” he asked. “I guess I could use that jump-punch thingy, but it’s hard to land.”

The NRA has long had a contentious relationship with the gaming industry, dating back to 1985, when they criticized Nintendo for limiting the ammunition capacity in Duck Hunt. This, however, is the first time they have taken legal action against a game developer.

The NRA has stated that they will drop the lawsuit if Bluehole removes the three gun limit and gives players access to, “…a limitless Duke Nukem-esque arsenal of weapons like the Constitution intended.”

Unfortunately for the NRA, the lawsuit has been slow moving due to several members of their legal team being banned from the courtroom after allegedly harassing Bluehole’s attorneys in the court parking lot with “aggressive honking.”