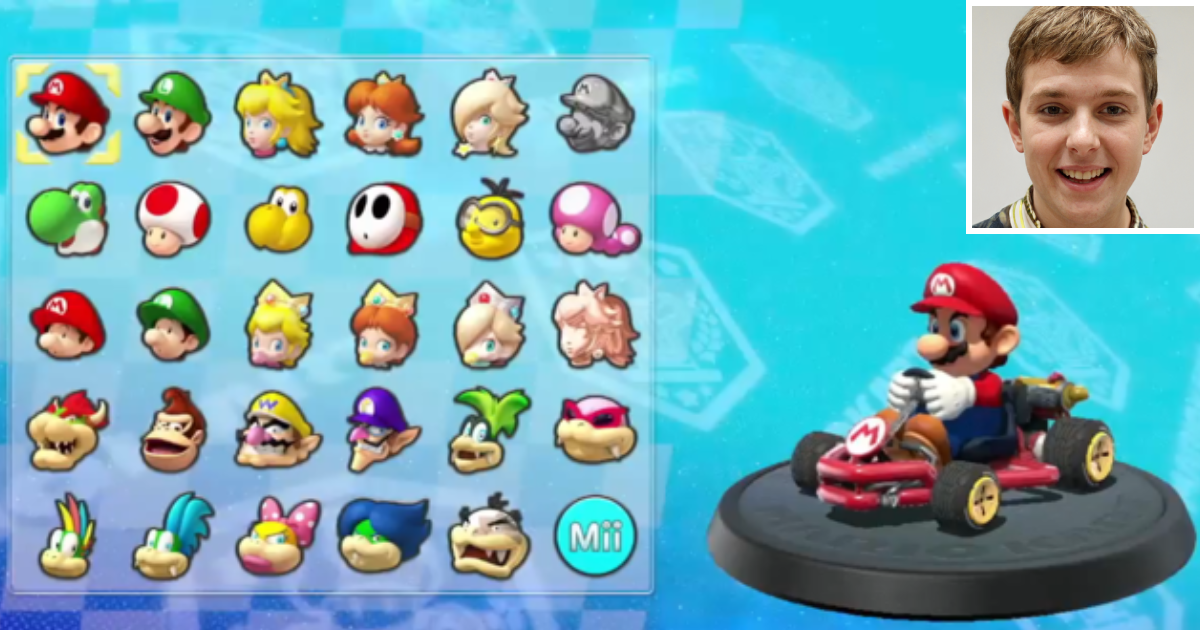 DAYTONA BEACH, Fla. — In a choice that demonstrated an astounding dearth of imagination, town simpleton Adam Tucker decided to play as Mario in Mario Kart 8 Deluxe.

Despite having 42 options at his disposal, and with Mario offering no strategic advantages nor a particularly unique appeal, Tucker selected the Italian plumber who is available as a playable character in over 200 video games. (For comparison, players who want to live vicariously through Ludwig von Koopa are limited to a paltry 13.)

“I like Mario,” said Tucker, who made the decision while chewing on a ham sandwich on white bread with no cheese. “So I picked him.”

The choice baffled his friends and opponents, each of whom had a unique set of personality traits that amounted to a unique, individual human being.

“I mean, I didn’t mind, because it meant the rest of us got to pick from the characters who are actually interesting,” said Maislin, Tucker’s friend who mains Dry Bowser because she generally likes excitement in life. “But it’s almost sad. Your favorite Mario character is Mario? It’s like Mickey Mouse being your favorite Disney character, or Superman being your favorite superhero. Literally, scroll past the first result. There’s a world out there waiting for you.”

Alberto Perez, another player in the race, also struggled to understand Tucker’s thinking.

“It wouldn’t be weird if he had picked a variant of Mario,” reasoned Perez. “Hell, I’ve played as Baby Mario, Metal Mario, and Tanooki Mario — and of course, they each bring their own energy and backstory to the table. But every time, without fail… it’s regular, garden-variety, vanilla, original flavor, basic standard Mario,” said a perplexed Perez. “Like, I know it’s allowed, but I’ve never seen anyone actually go for it.”

When pressed to explain his choice further, Tucker revealed one additional detail.

“My cursor was also floating over him,” he said. “So I figured why not?”

At press time, Tucker had chosen a Standard Kart and Standard Tires and was overheard insisting that the group choose Mario Circuit in 50cc for their next course — again.