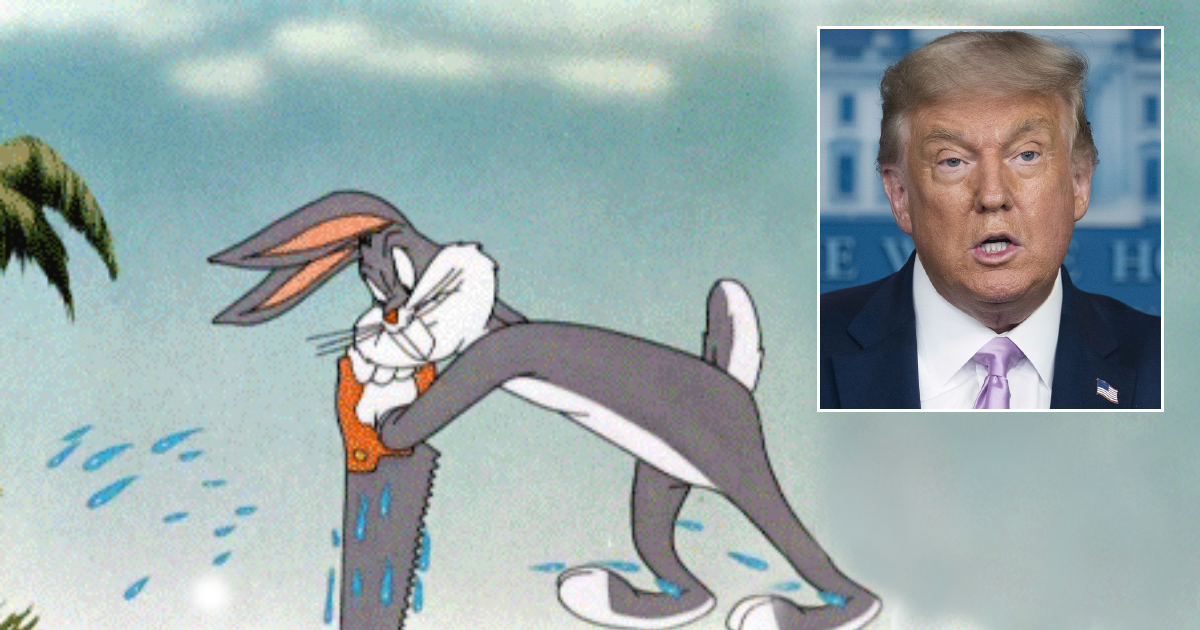 WASHINGTON — Documents leaked by an anonymous whistleblower show that President Donald Trump attempted to hire Bugs Bunny for the purpose of sawing Mexico off of North America.

“There I was, minding my own business in the gardens of the White House, taking a bird bath — I mean, a wegular bath,” explained the whistleblower, who asked to remain anonymous. “Then I taw through an open window something very intwesting. At first I tawt I taw Tonald Trump speaking with Bugs Bunny. Then I looked again and I did! I did taw Tonald Trump speaking with Bugs Bunny!”

The completely anonymous leaker continued with their recounting of events in which Donald Trump dangled a figurative carrot in front of Bugs.

“When I taw Bugs in the oval office I flew – I mean walked – over to the window to wisten. Twump wanted Bugs to go down to Mexico and saw it off from North America so he could build a bigger and better Mexico. He offered Bugs a lifetime supply of carrots and an estate in Albuquerque. Bugs refused though because he’s good friends with Speedy Gonzalez. Twump got so mad that steam started coming out of his ears he started jumping up and down while shouting gibberish.”

After the meeting adjourned, the leaker watched as the documents detailing the plan were carried off by the wind and then landed in a paper scanner where they were accidentally uploaded onto the internet, confirming the leaker’s account. Donald Trump has denied this meeting ever took place.

“Listen, these are lies. Plain and simple. I know Bugs, great guy, loves carrots, I would never ask him to do something so bad,” said President Trump.  “So awful. Also, this leaker, this leaker is a coward. I have a hunch as to who it might be. Right now we’re looking at Sylvester. It’s obvious frankly. Only he would stoop so low. It’s just a matter of time. We’re gonna find this leaker. Who, like I said, is probably no good Sylvester. Never trust a cat, that’s what I say to people.”

Bugs Bunny could not be reached for comment as he is apparently on vacation while his maid, who looks an awful lot like Bugs in a wig and a dress, takes care of his home.