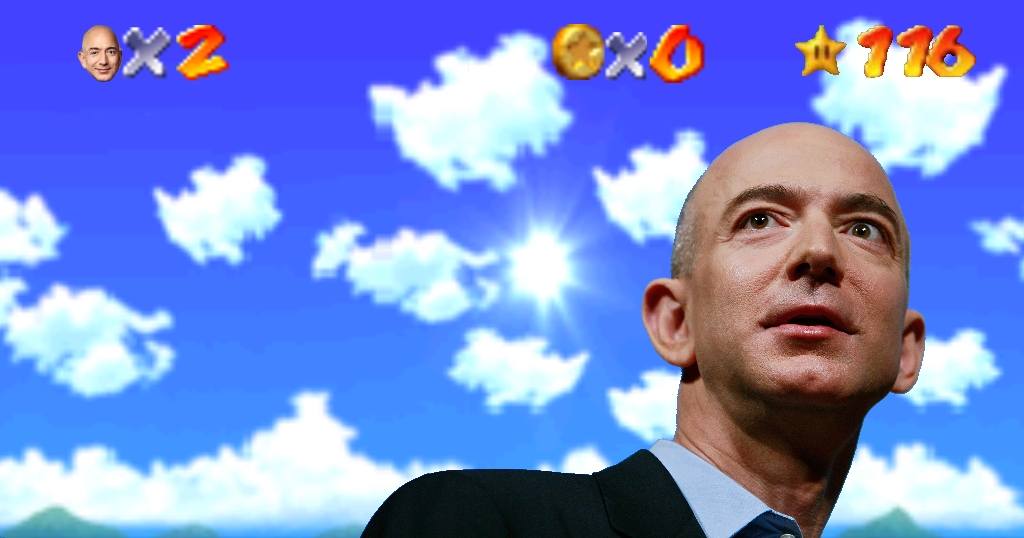 SEATTLE — Amazon CEO Jeff Bezos filed for bankruptcy earlier this week after amassing so much wealth that he appears to have earned an Extra Life, resetting his monetary worth to zero.

According to inside sources, Bezos was attending an executive meeting at Amazon headquarters when a sudden six-note jingle was heard in the air. Bezos quickly discovered that his net worth had plummeted to zero, but he felt a deep certainty that he had acquired the ability to defy death a single time.

“Well, financially speaking, I’m ruined,” said a now-destitute Bezos, speaking from inside of a cardboard Amazon box. “But I guess I could survive falling off a cliff or touching a turtle or something, so that’s nice.”

Experts have been baffled by the event, which has sparked outrage and debate in the medical, economic, and philosophical fields. Bezos has refused to allow any medical testing or examination so far.

“I don’t know what to do with myself, to be frank,” Bezos said, as he printed a stack of resumes at the local library. “I guess I just have to start over.” Bezos confirmed that he would not be seeking employment with Amazon, citing their poor working conditions and substandard pay for anyone who isn’t the CEO.

In regards to the extra life, Bezos knows nothing more than anyone else does.

“I just feel it, there’s a little ‘x2’ there, deep in my soul, where there used to be an ‘x1’. That’s all I know. Does it work if I die of old age? Will I come back younger, or would I still be old?” Bezos asked. “Honestly, I think I would rather have kept the money.”

At press time, Bezos’ ex-wife MacKenzie Bezos was reportedly looking into whether she was entitled to a portion of the extra life as part of their divorce proceedings.