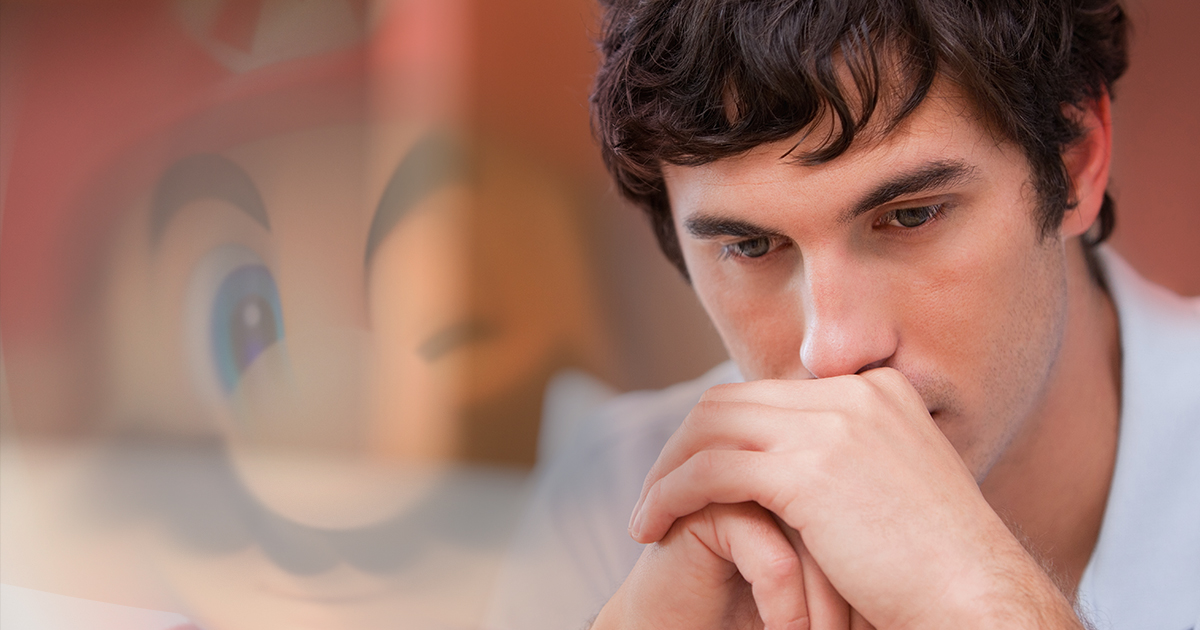 Since I was-a just a boy, I have been-a the only known patient with-a what psychologists have dubbed Super Mario Speech Disorder. My-a life is a constant struggle and it’s-a time people learned more about this extremely rare and-a fatal condition. Here we go!

In-a case it wasn’t-a clear, Super Mario Speech Disorder is a disorder where-a you talk like Super Mario from the Nintendo video games. This-a condition is a lonely one. Life is-a very hard when you sound like a famous character from-a video games. Oof! You will never-a know-a the pain of being asked what time it is by a stranger and uncontrollably blurting out “Okey-dokey, Mario Time!”

I’ve had-a Super Mario Speech Disorder for over 30 years. It’s-a been this way ever-a since I was a child and a monkey hit me in-a the head with a barrel. It was not-a funny. The doctors thought I was-a making it up for years until a brain scan showed an M-shaped bruise on my-a frontal lobe. And they say an operation to-a save me would likely be-a fatal. Mama Mia!

But I am not just-a this disorder. I have-a my own hopes and-a dreams. Sure, I could-a just give up and open a pizza place or become an organ grinder, but I will-a not! I am-a on a career path in-a the finance industry and I am-a thriving! Some-a day I will-a become a Super Certified Public Accountant! Let’s-a go!

Thank-a you so much for reading my article!