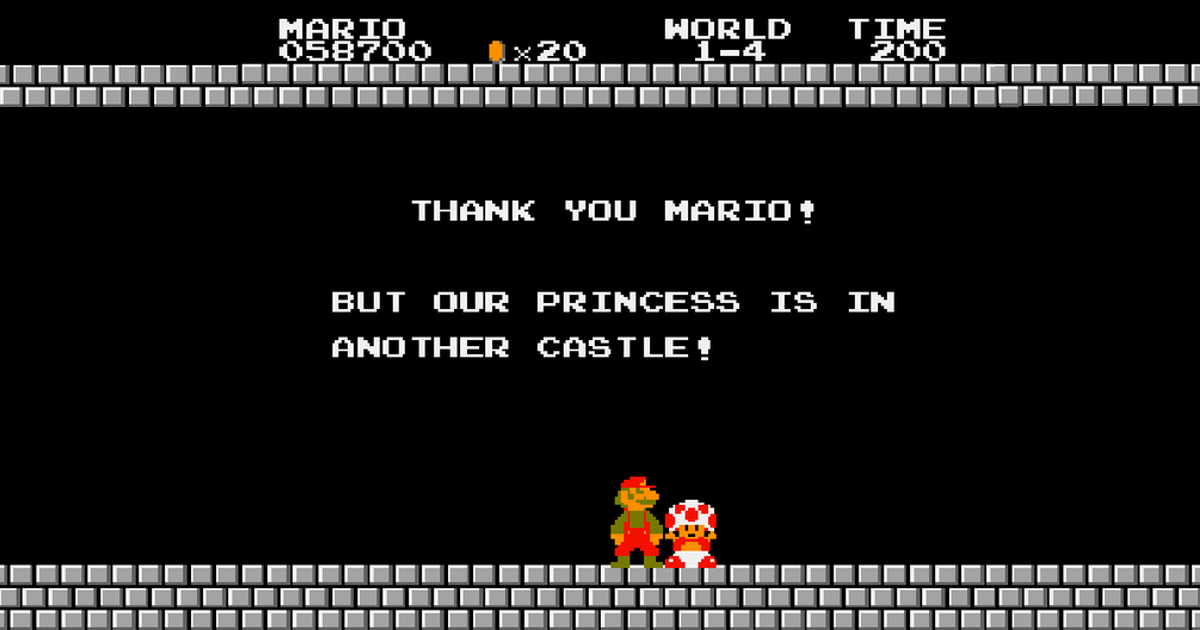 SPOKANE, Wash. — Discord user Michael McNeil drew the ire of a Mario fan server after failing to use spoiler tags when revealing that Princess Peach isn’t actually in the castle at the end of World 1 in the original Super Mario Bros.

“We were just casually talking about Mario and I made an offhand joke about the princess being in another castle,” says McNeil. “The whole server went ballistic. Everyone scolded me for dropping a wild spoiler about ‘one of gaming’s most iconic twists.’ I never really considered that a spoiler, but I suppose it’s slim pickings when it comes to Mario games.”

“Rule number one clearly states that users must spoiler tag all pertinent plot details in the Mario series or face permanent ejection from the Mushroom Kingdom,” said one angry reply to the spoiler, referring McNeil to the pinned post in the server’s #rules channel. “Not to mention you’ve also violated the second rule, which just says ‘have fun.’”

“We have these rules for a reason,” says group admin GoombaNation. “One minute, we’re letting people spoil that Peach isn’t in the first castle. Next thing you know, someone’s freely revealing that she’s not in castle two either. Where does it stop? Castle three? Four? You have to draw the line somewhere or else the whole game will be ruined for everybody.”

“I hate that I can’t look at the server without risking spoilers,” said longtime community member MarioMia who says they have muted the server until things calm down. “I mean, I guess there really isn’t too much I can actually discuss in a Discord about Mario until I actually play the games. But still, it’s just inconsiderate.”

Worried that McNeil has opened the floodgates for similar discussion, the group’s admins reportedly opened up a #spoiler channel on the server. At press time, the channel was filled with fully blacked-out posts discussing how Super Mario Bros. 2 is actually a reskin of Doki Doki Panic and Yoshi is a character in Super Mario World.