Laid Off Bethesda Employee Cleans 70 Cheese Wheels Out of Desk 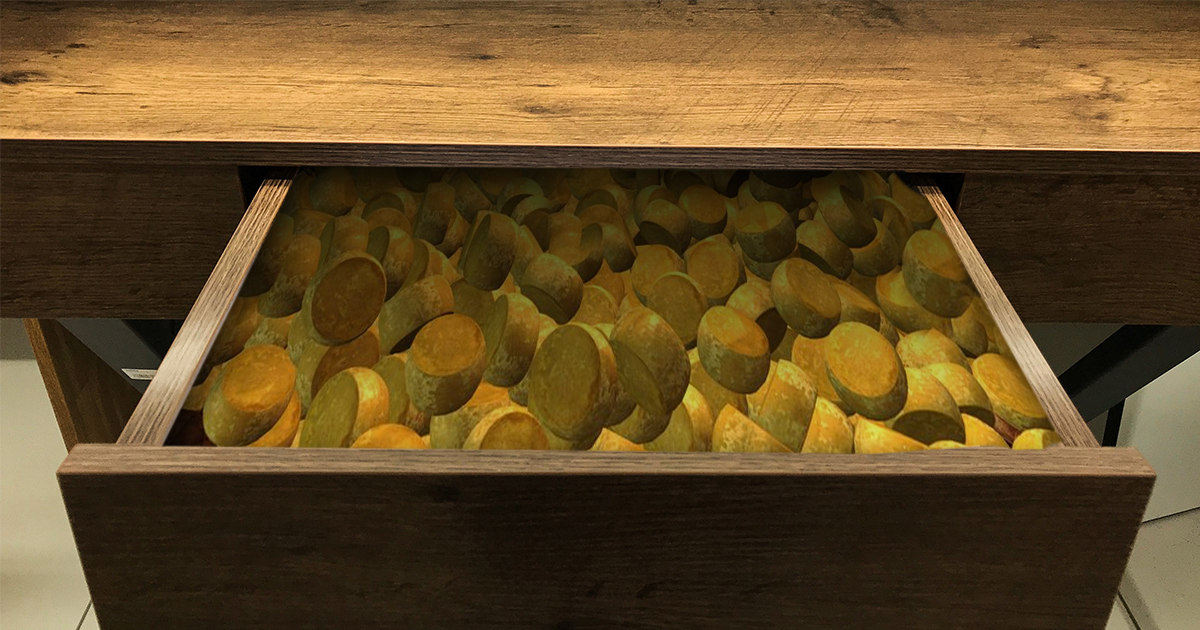 ROCKVILLE, Md. — After being fired, Bethesda animator Jeff Callahan was seen packing a confusingly extensive assortment of useless objects into a bankers box as he promptly left the building.

“This is going to be really hard on my family,” said the overweight 35-year-old artist, cramming cheese wheel after cheese wheel into the box. “How am I going to tell my wife? We just signed a lease on a new car.”

Callahan slid open another desk drawer, which contained 35 pool balls, a handful of gems, dragon bones, a bee in a jar, and a 10mm pistol, wondering, “Why did I bring all this stuff to work? What a goddamned nightmare.”

Other employees offered to help Callahan carry his burdens, but he refused, only relenting when he had already loaded 300lbs onto his person and was moving at such a slow shuffle security became impatient.

As he continued to dole out his increasingly unwieldy belongings, he stated, “It’s almost Christmas. My son Trey wanted a new bike. I’m gonna have to sell these stacks of illegible burned books if I’m gonna make that happen. The possibility has left me considering suicide.”

Security kept a close eye on Callahan during his exit. Senior Guard Anthony Terrell explained, “We have to make sure he doesn’t look like he’s saving. They save right before they snap and kill everybody.” Callahan left peacefully, however, making a scene only when dragon-shout noises started blaring from his smart watch.

In lieu of fast travel, Callahan drove slowly home in silence, stopping only to pull over to the side of the road and cry in his car. At press time, he was observed at a local tavern drinking 14 bottles of ale in the span of 3 seconds.