Guard With Four Arrows in Torso Starting to Think Intruder Nearby 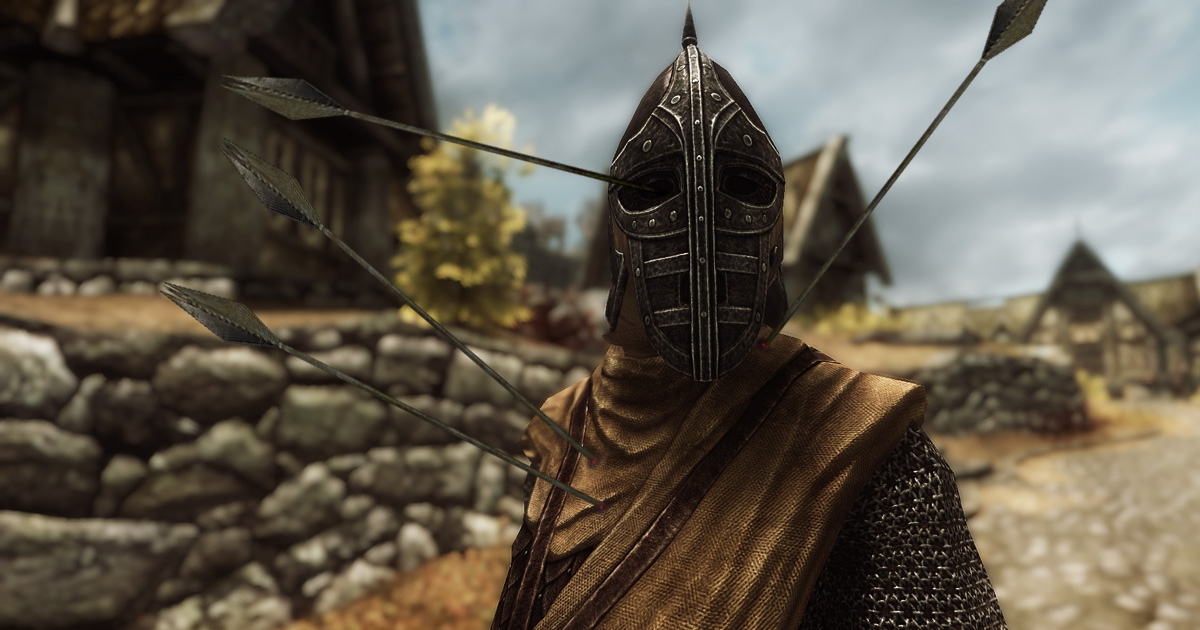 WHITERUN, Skyr. — Night Watchman Thorbjorg Halmsteim told reporters he began to suspect a trespasser might be afoot today, after he felt a fourth arrow strike his body while walking his patrol route in a dark alleyway.

Bleeding profusely from his chest, stomach, shoulder, and the small of his back, Halmsteim told reporters he strongly suspected a hostile presence within the vicinity of the normally sleepy town.

“When that first arrow hit me right underneath my ribcage, I said to myself ‘What was that?’” Halmstein said in an interview with the local police. “But I didn’t see anyone in the pitch black corners all around me, so I thought maybe I was just hearing things.”

Halmsteim’s patrol covers roughly ten feet of dimly-lit walkway behind the marketplace in the center of town. Though he’s happened upon the occasional pickpocket or burglar, he’d always thought of Whiterun as a safe place, reportedly telling passersby, “Be glad you’re here in the city, and not out in Riverwood. Those poor sods don’t even have a wall.”

Tonight’s events might be enough to change Halmsteim’s perception of Whiterun, however, as he recalled being struck by a second, third, and fourth arrow—seemingly out of nowhere—in a span of several minutes.

“After that last one hit me square in the eye, I got pretty suspicious,” he said. “As I was looking in the only two square feet I could think to look, I called out, ‘Is someone there?’ But nobody said anything. It’s the strangest thing.”

“I’ve encountered a lot of criminals in my day, but not one who wouldn’t announce himself when asked,” he added.

Whiterun’s Captain of the Guard, Commander Caius, did not respond to requests for comment, opting instead to release a statement which simply read, “My boys will keep you safe. Don’t you worry.”

At press time, sources have confirmed that Halmsteim called off his search for any intruders, saying to no one in particular, “Must be my imagination.”