Guide: How to Trick Your Boyfriend Into Thinking He’s Letting You Win 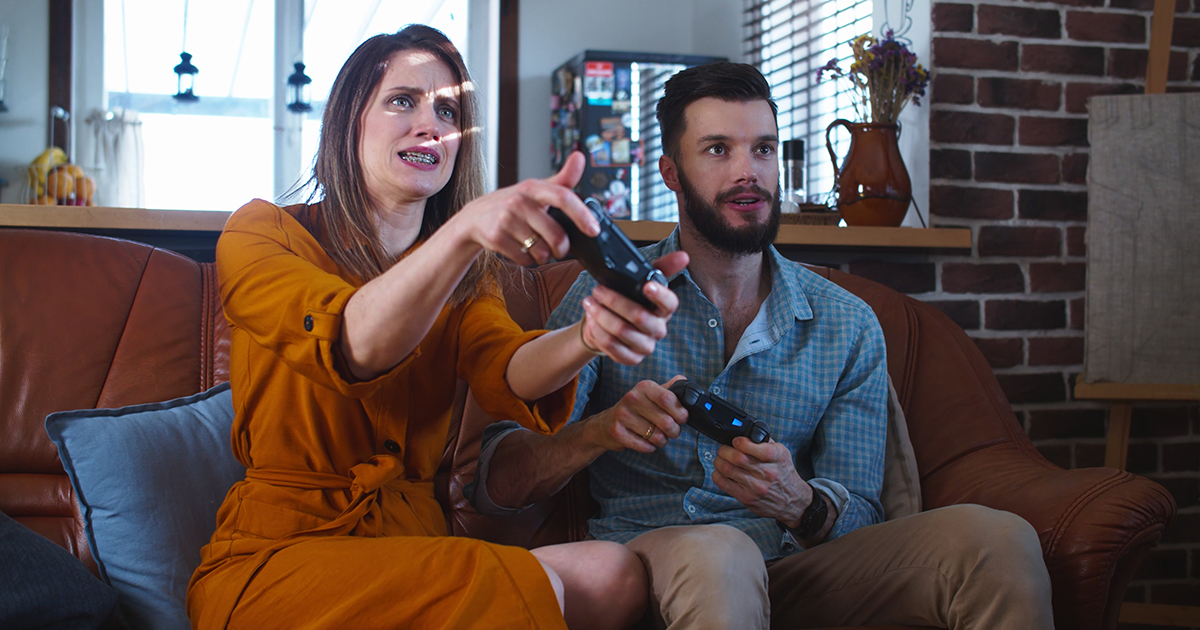 Ever wanted to annihilate your boyfriend in video games without annihilating his fragile male ego? Well with these six simple tips, you’ll be racking up the wins in no time.

6. Say, “Tee-hee, what just happened?” every time you perform a flawless Hyakuretsukyaku

After finishing your boyfriend off with a perfectly timed Lightning Kick, the blow can be softened by giggling, brushing your hair back, and acting like you haven’t memorized the inputs for every single signature attack in Street Fighter. If your boyfriend insists that you must’ve accidentally done Chun-Li’s “leg thing” and pats you on the head, then you’re on the right track.

Your boyfriend may think that one of your Joy Cons is “acting weird” has “worse bluetooth.” This is not true, but he will happily blame his devastating string of losses on the Joy Con instead of his shattered masculinity. If your boyfriend is one of those people who thinks that Gamecube controllers possess some sort of magical competitive powers, even better.

4. Be patient, and let him condescendingly explain to you how you beat him twenty-three times in a row

After any particularly brutal loss, your boyfriend will be desperate to break down what happened. Do not roll your eyes when he says “RNG” — instead, try asking him what “RNG” means. He will get this wrong, but just nod and smile. Then touch him on the arm and say “wow, you know so much about this game.”

3. Pretend you don’t know what video games are

At a certain point, your boyfriend will start to get suspicious that you actually know how to play video games — this can be quickly put to rest by asking him what those flashing lights on the television are.

2. Ask him how his arms got all big and veiny like that

This has nothing to do with tricking him, but it should at least distract him from the acute pain of finishing 4th in Mario Kart. You may also want to comment on how heavy his Pro Controller looks, or how muscular his fingers must be after pressing all those buttons.

1. Let him win exactly one round and then immediately break up with him

It was time, anyway.