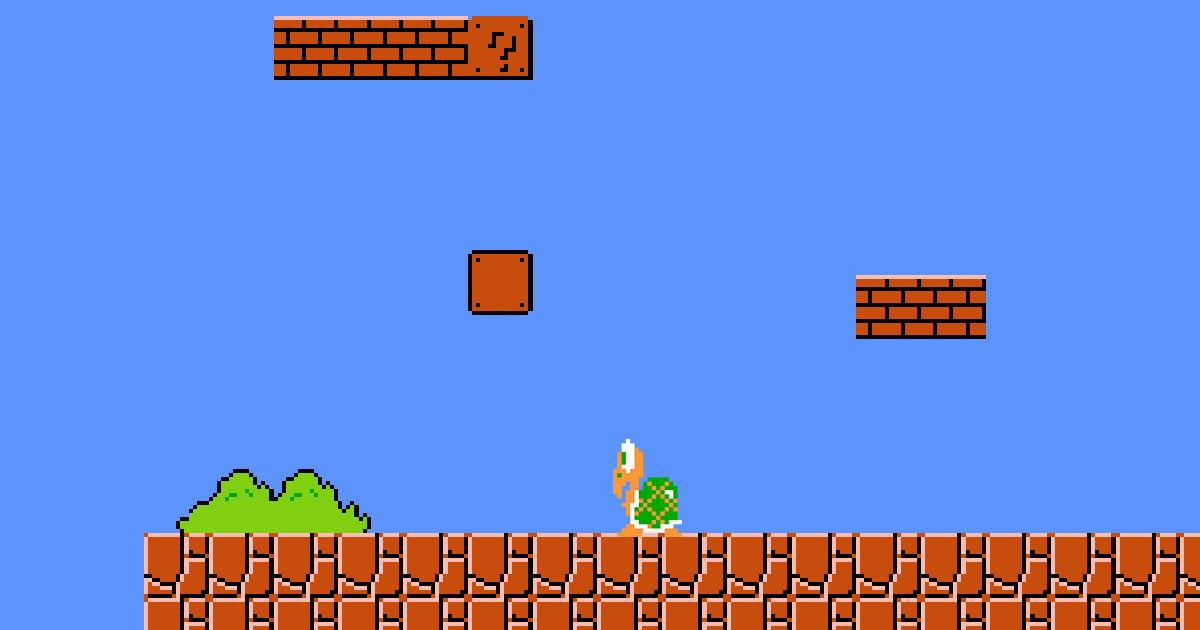 MUSHROOM KINGDOM — In an attempt to save himself from certain death by walking directly off a platform, a local green Koopa named George was allegedly caught painting his shell red.

“Green Koopas are doomed to certain oblivion, forced to march to our own deaths into Bowser’s bottomless pits,” George said. “But for whatever reason, red Koopas get to turn around and walk the other way. It’s total horseshit.”

When asked why he took the job working for Bowser in the first place, knowing that it spelled certain doom, George said that he had “bills to pay.”

“Look, there’s not a lot of work out there for a Koopa,” George explained. “You’re pretty much either henching for Bowser or flipping burgers at Mickey-Ds. And I’m sick of making Filet-O-Cheep-Cheeps.”

“Plus, working for Bowser means I get health insurance, which my family could really use, especially since I’m supposed to immediately walk off a cliff moments into my first day on the job,” George added. “And now that my shell is red, I qualify for dental insurance, too.”

Stories like Geroge’s are becoming increasingly common, as more focus is directed towards Bowser’s labor practices. There have been many complaints about the working conditions in Bowser’s levels, including lava pools without proper railings, haunted work sites, and unmatched 401k contributions.

There have also been accusations of nepotism leveled at Bowser, who has repeatedly promoted his own children to management positions over more qualified applicants. The CEO responded with a written statement.

“We here at Bowser Corp are working diligently to provide our Koopas with the safest environment possible,” the statement read in part. “However, because of current regulations, it is well within our rights to march our employees to certain death. If market forces change, we may re-examine this policy. Until that point, we will continue to provide unmatched service in the princess kidnapping industry, no matter how many Koopas die in the process.”

“But hey, it could be worse,” said George before re-attaching his shell and trying to look inconspicuous. “At least I’m not a Goomba.”