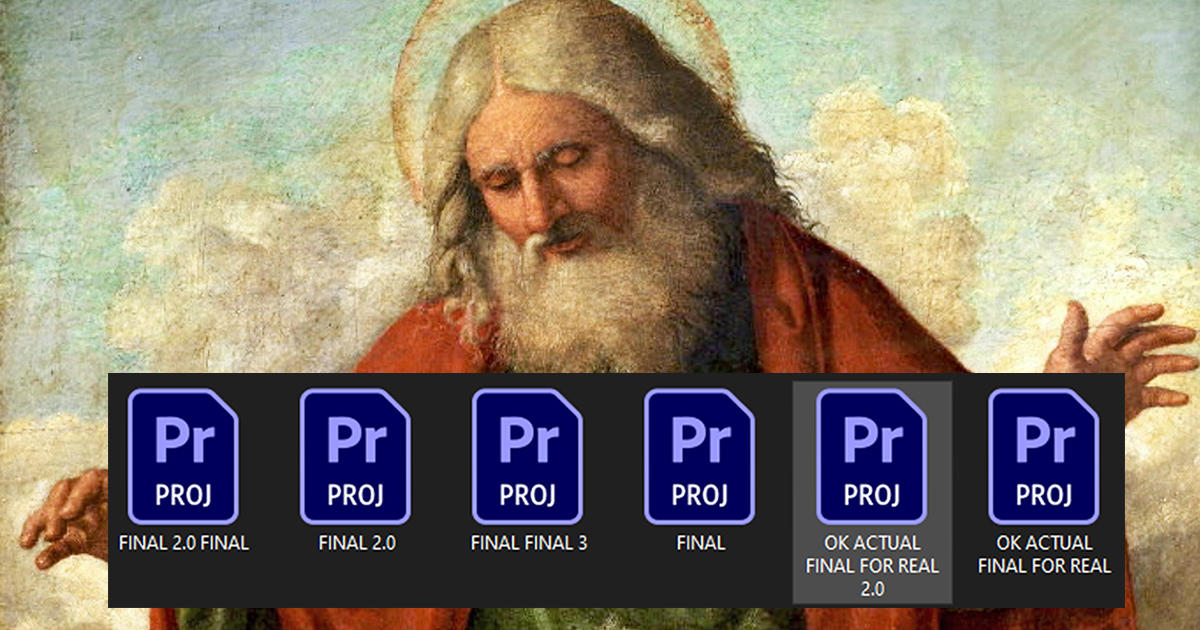 “He seriously did it,” said the Lord Almighty between fits of thunderous cackling. “This stupid fucker has no idea he forgot the g in ‘angus’ in the graphic at 3:21. Oh man, he just sighed in relief, too! Bobby, you’re too much. I haven’t laughed this hard since his ancestors tried building that big-ass tower to Heaven. They were prideful enough to call that one ‘final’ too, and look how that turned out for them. The only thing final here is that Bobby is a moron with 15 more hours of editing left and a stress-induced heart attack coming at age 41.”

The Alpha and the Omega then paused to catch his breath after another round of laughter.

“What is it with these hairless monkeys that makes them so sure of themselves? I’m a cosmic being of limitless and incomprehensible power, and even I get afraid when I hit the export button in Adobe Premiere.”

Even some of God’s closest advisors were hesitant to support his behavior.

“It’s tough to watch,” said Saint Michael during a quick break from his eternal war against Satan. “I’m out here busting my ass against the Great Deceiver, and He’s just laughing at some poor dude in Illinois who’s gonna punch a hole in his monitor in exactly—” St. Michael said, pausing to check his watch. “—36 seconds.”

Other sources were more direct in their criticism.

“God’s kind of a dick, if you think about it,” said a weird naked baby angel that asked to remain anonymous. “Did you hear about the time some kids were making fun of a bald dude and He sent bears to eat them? It’s in the Bible. Anyways, I’m pulling for little Bobby. Too bad he has no idea about the fade-in at 44:23 that he’s going to agonize over for 2 straight days. Sucks, but what can an omnipotent celestial entity do about it?”

At press time, God was seen microwaving a bag of popcorn while he waited for Kaecie Dorian, 35, to renew her lease one minute before getting laid off.