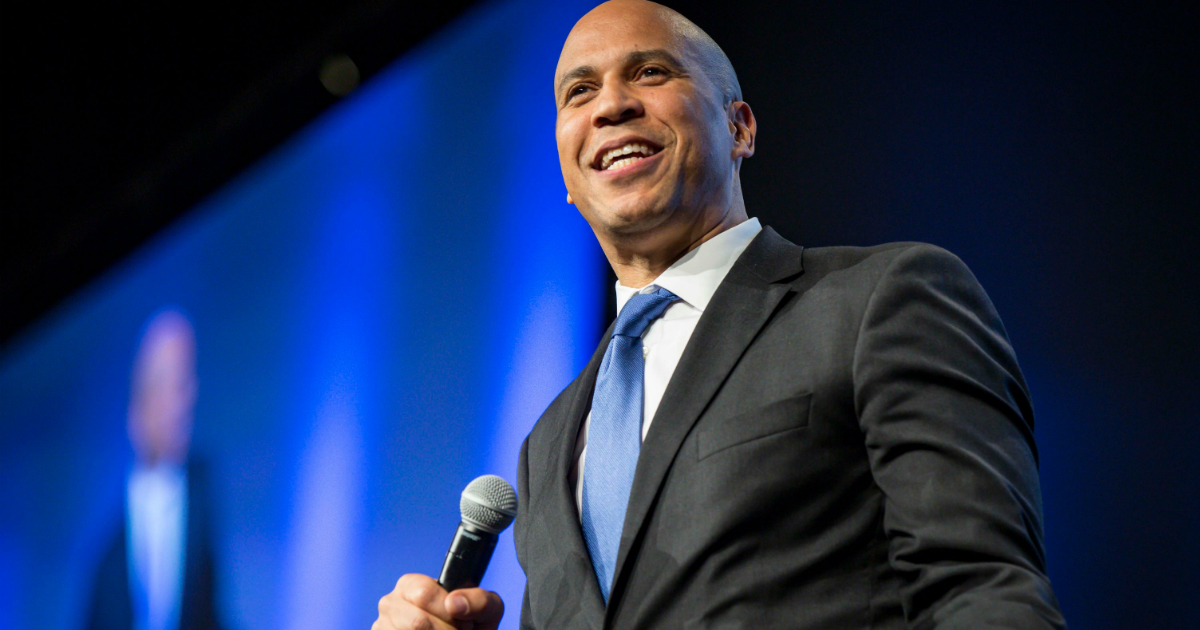 ORANGEBURG, S.C. — A leaked portion of one of Senator Cory Booker’s 2020 campaign documents has gamers anticipating an important cultural breakthrough: a presidential candidate saying the words “video games” on television.

The statement, intended to be delivered to a crowd at tonight’s CNN Town Hall in South Carolina, comes from an otherwise normal series of talking points. It reads, “I understand and enjoy video games [smile at camera for 2.7 seconds; remember to blink, as humans do].”

Sources allege Booker’s aides have compiled a list of games for the presidential hopeful to mention, including obvious standards like Mario and Pac-Man, plus a “charmingly homespun” demand to “bring back Gitaroo Man.”

“Booker’s talking points could be a huge leap forward for Gamers Awareness,” said Dr. Angus Turner, professor of Gamer’s Studies at UMass Amherst. “No presidential candidate has openly said the words ‘video games’ before. Hillary Clinton is said to have uttered the phrase in 2012 as Secretary of State, but backtracked on her comments during the 2016 campaign.”

“This is a big deal for gamers, who are one of the most invisible groups in society,” added Turner. “Many forget that it wasn’t until JFK said the word ‘football’ during a commencement address at American University that football began its geyser-like rise to popularity and widespread acceptance.”

Some in the community, however, have a more cynical take on Booker’s motives. Said Phoebe Woodward, a lifelong gamer and registered Democrat, “Personally I think this is just pandering. Sure, he’ll say ‘video games,’ but I’ll bet he doesn’t have a stance on slow PSN speeds, carpal tunnel, or any of the other myriad issues plaguing our community.”

“I need him to go further. I need him to say ‘I am Cory Booker and I would die for video games’ if you want me to take him seriously as a true representative of gamers’ issues.”

At press time, it is still unknown whether the widely anticipated speech will make reference to Booker’s “hot gamer GF,” Rosario Dawson.