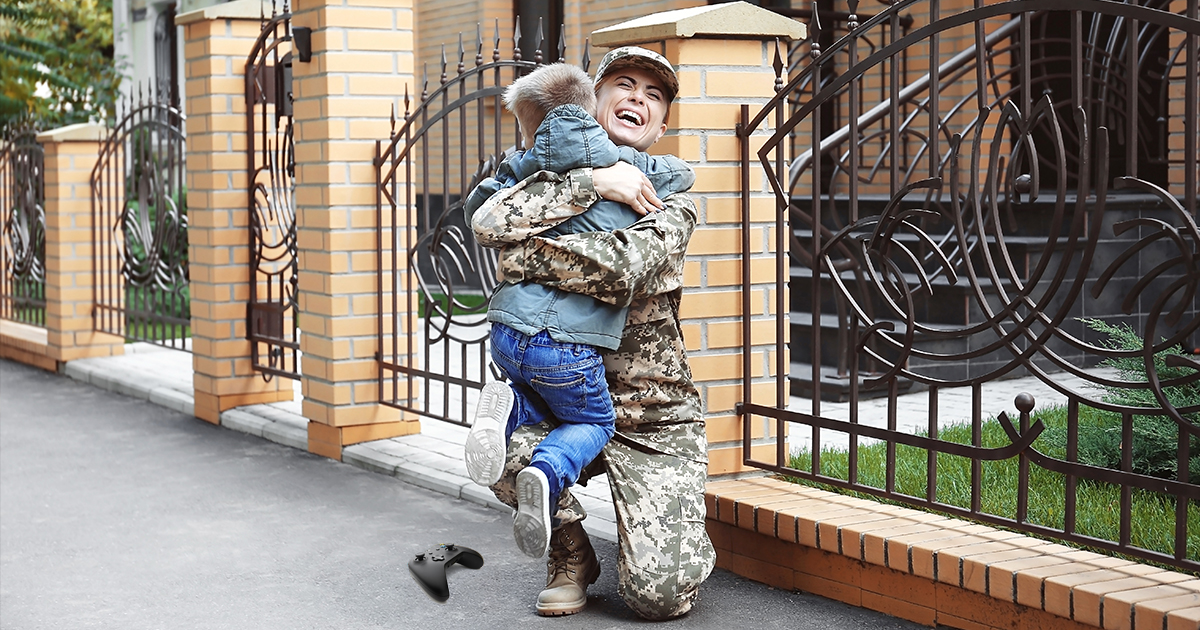 ST. LOUIS — After doing nothing but playing the video game Call of Duty for the past 12 months, local father Randy Lutz surprised his son Henry by showing up to an assembly at Hixon Middle School, ending a long period of emotionally fraught separation.

During this extended stretch beginning last year, Henry, 12, had absolutely no access or ability to communicate with his father, despite frequently being in the same room as him everyday.

“You know, it was really tough,” admitted the older Lutz, 45. “I really missed [my wife] Kelly and Henry. I went in playing with the knowledge that there were some moments in their life I was going to miss, but the Swordfish Tactical Rifle with the neon camo skin wasn’t going to unlock itself. I know they support me. I didn’t even have to ask.”

“We all make sacrifices in our lives to fight for what we believe in,” Lutz continued. “I believe in that neon camo skin.”

Lutz reached out to the school just seconds after ending his marathon online multiplayer session, asking administrators if he could surprise his son. The school quickly organized the assembly that afternoon. The father stumbled out of a giant refrigerator box and the son appeared to be too overwhelmed with shock to display any type of emotion.

While facing the media after the unusual surprise event, Vice Principal John Kinney appeared confused by reporters’ lines of questioning.

“I’m sorry, are you saying this guy was not actually deployed anywhere? He was just at home playing video games this whole time?” asked Kinney in front of several news outlets. “Oh my god. What have I done?”

When asked what he would do now that he had finished playing, Lutz replied that he was hoping to pick up his life where he left off a year ago.

“You know, I should probably check my Twitter. Maybe start thinking about a job.”