DNC Struggling to Pick a Main 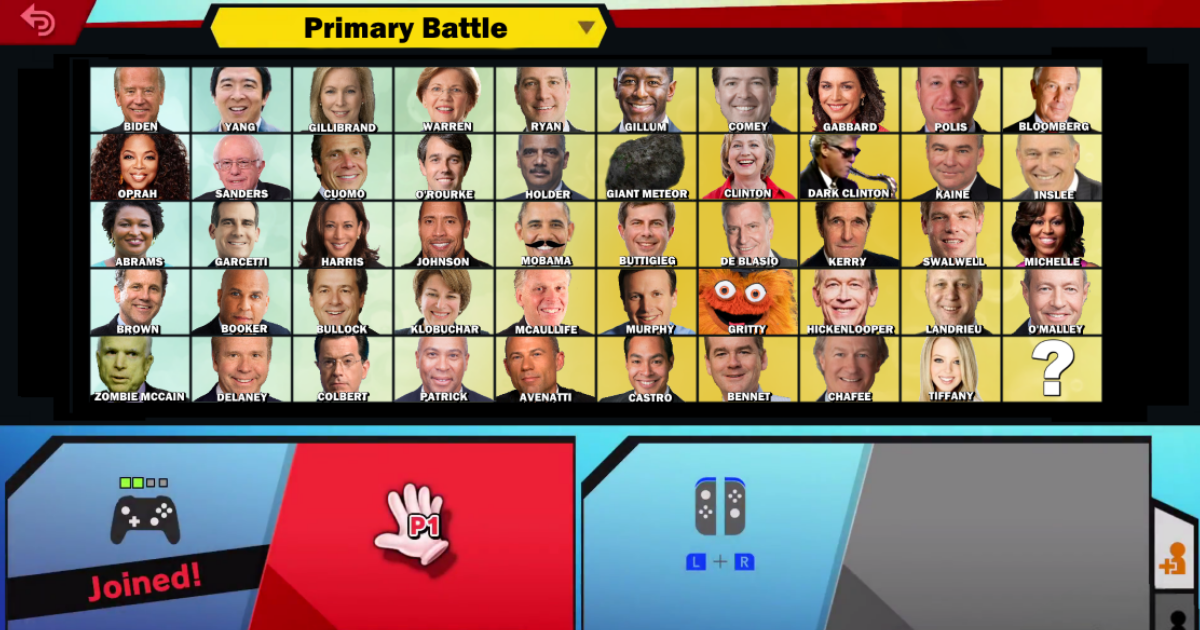 WASHINGTON — The Democratic National Committee is reportedly struggling to decide on a main ahead of the 2020 election now that Bernie Sanders is confirmed to be returning to the roster.

“It’s a tough choice,” said DNC Chairman Tom Perez. “Last time we chose what we thought was the most overpowered top-tier candidate possible. Hillary Clinton seemed completely broken at first glance, but as the meta developed we ended up getting easily hard-countered. She lacked kill power and opponents just learned to spam chain emails to gimp her recovery.”

“Fans are clamoring for us to pick Bernie Sanders, but I think he’s likely to be nerfed before finishing his term. You have to remember, the election is ultimately just a party game.”

With an announced roster of over 12 candidates — and more being confirmed every month via Democrat Directs on social media — the Democratic Primary promises to be one of the most intense competitive experiences of this generation. While 50 states will be available at launch, it is expected that the democratic primary electorate will insist on only playing Iowa and New Hampshire, with no PAC money, and Superdelegates set to off.

Online debate among the progressive community has been intense, with early Tier Lists and Matchup Charts being posted almost daily.

“I’d say O’Rourke has a lot of potential despite poor results in previous elections. He’s a solid B tier with potential to move up once players master Blue Wavedashing,” said one Democratic strategist. “However, the meta seems to be leaning towards women. Warren, Klobuchar, Harris all project as potential heavy hitters out of the gate based on the physics engine of the new election.”

The DNC assures its fans that they will be labbing hard and dissecting VODs of previous elections, with every intention of winning the general in 2020.

At press time, party elites confirmed that no third party DLC newcomers will be added to the roster in 2020, much to the dismay of Howard Schultz who was attempting to start an online fan campaign.