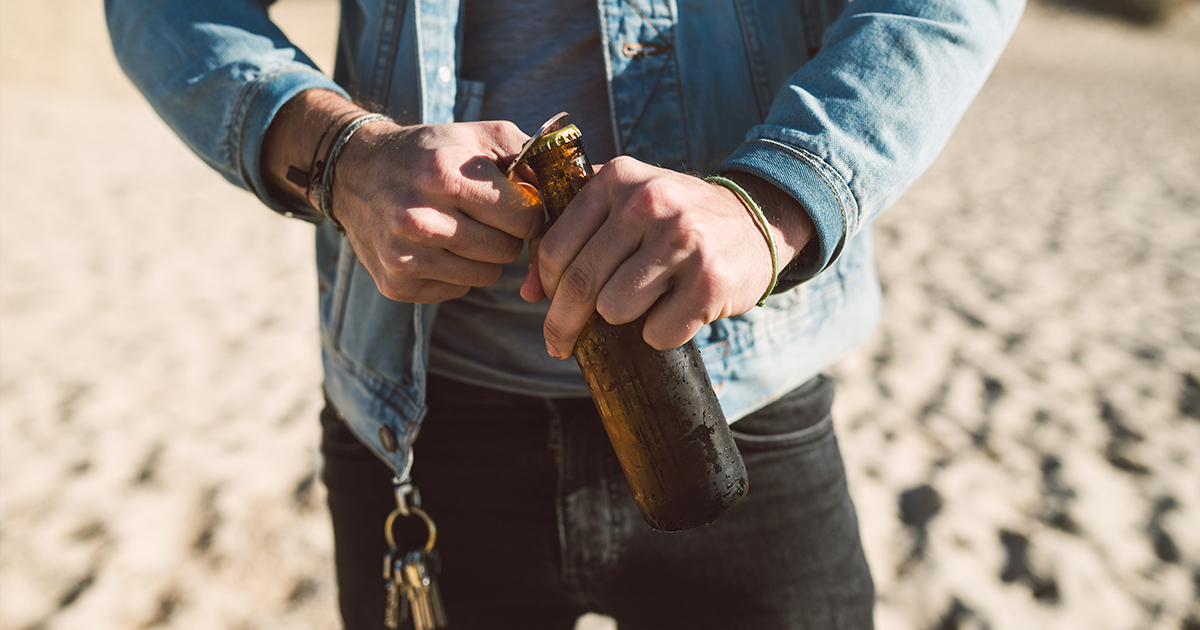 PALO ALTO, Calif. — Designers of the hyper-masculine bottle opener, BottleBRUTALIZER, announced on Kickstarter earlier this week that the product would be “virtually indestructible,” citing photos of the bottle opener being hit with an oversized sledgehammer.

“This isn’t some namby-pamby beachside bottle opener, m’kay?” said BottleBRUTALIZER’s lead engineer, Chet Chesterson. “This bitch is made out of submarine-grade titanium. That means it can survive a torpedo attack. It can open literally any bottle. C’mon. Name a bottle. Beer? Yeah, it can open that. Power of titanium, baby. It can also be used as a blunt weapon.”

Having raised over 28 dollars in just under a month, BottleBRUTALIZER seems to have struck a chord with its target audience.

“Finally, a bottle opener for me,” said Patrick Morgan, a supporter of BottleBRUTALIZER’s $25 ‘True Bottle Bro’ tier. “My bottle openers are always being destroyed. I literally can’t go a month without one of my bottle openers melting or being spontaneously engulfed in flames. I guess I shouldn’t be drinking so much at my iron refinery job, but y’know, nobody’s perfect.”

Identifying the untapped potential of BottleBRUTALIZER’s underlying technology, the US Department of Defense has announced intentions to buy Chesterson out.

“We simply can’t let this sort of technology fall into the wrong hands,” said Ellen M. Lord, Under Secretary of Defense for Acquisition and Sustainment. “The Department of Defense has every confidence that well-intentioned American civilians could open some truly spectacular bottles with this product, but we need to be clear about the risks. Imagine if ISIS came into possession of a titanium bottle opener, or if Antifa could open any bottle that they came into contact with? It would spell the end of democracy as we know it.”

At press time, Chesterson added a reward which lets fans have lunch with him if they contribute $25,000 to the project.