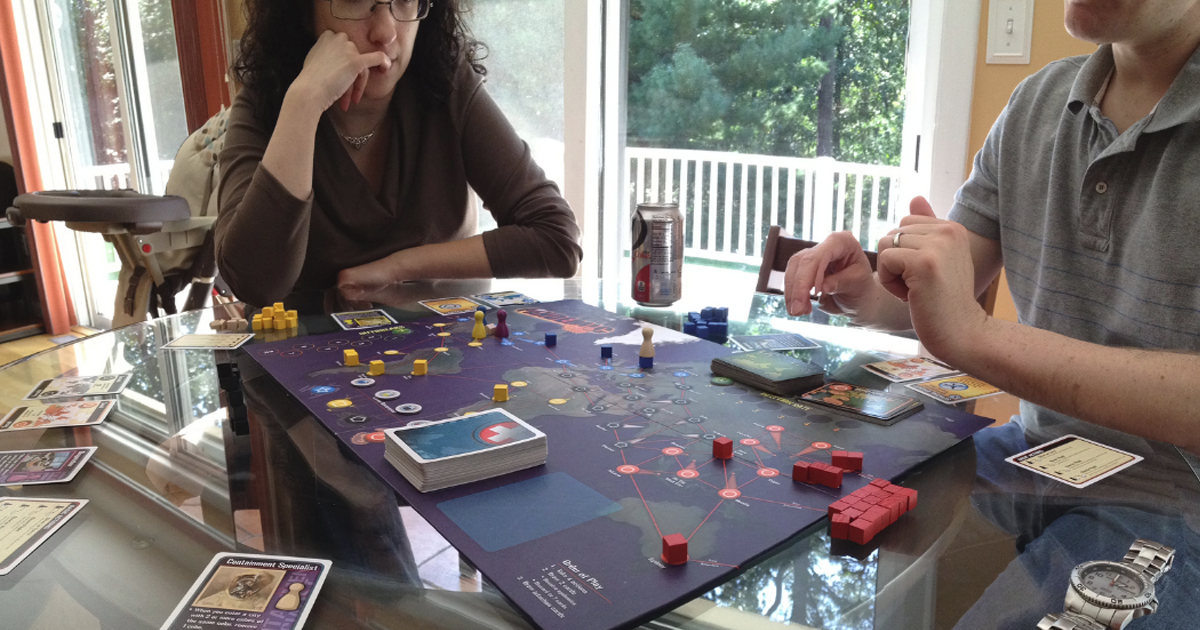 LOS ANGELES — A weekly game night at the home of Carmen Criss ended in chaos as a strategy disagreement turned the cooperative board game Pandemic decidedly not, when, after only forty-five minutes of play, Shelly McKenzie flipped the board over, chugged the remaining half of her diet mountain dew, and screamed that she hated everyone.

The evening started out on a tense note as one of the foursome, Keith Andoli, was over an hour late.

“He begged us to reschedule for a night he could be here, and then he showed up at 7:15 for a 6:00 start time,” said a visibly angry Criss. “So things were pretty bad to start. And then we did so many dabs while we waited that it took Shelly six explanations to finally understand how the player cards work.”

Things only devolved from there as the very mechanics designed by the game makers to bring friends together quickly tore them apart.

“I’m not sure what just happened,” said McKenzie, lying on the floor of the apartment with her face against the cool cardboard of the game box. “Keith was playing operations expert and he should have gone to Sao Paulo but insisted on walking to Tokyo because he’s really into the Bushido code.”

At this point in the game, Criss opened her front door and told Andoli, “Since you like going to Tokyo so much why don’t you start heading there now by getting the fuck out of my house you fucking moron.”

“Sure, we didn’t succeed in working together to stop a global pandemic but you can’t deny our ability to work as a team to make us hate each other and I think we all agree that is always the goal of any cooperative board game experience,” added a solemn Andoli.