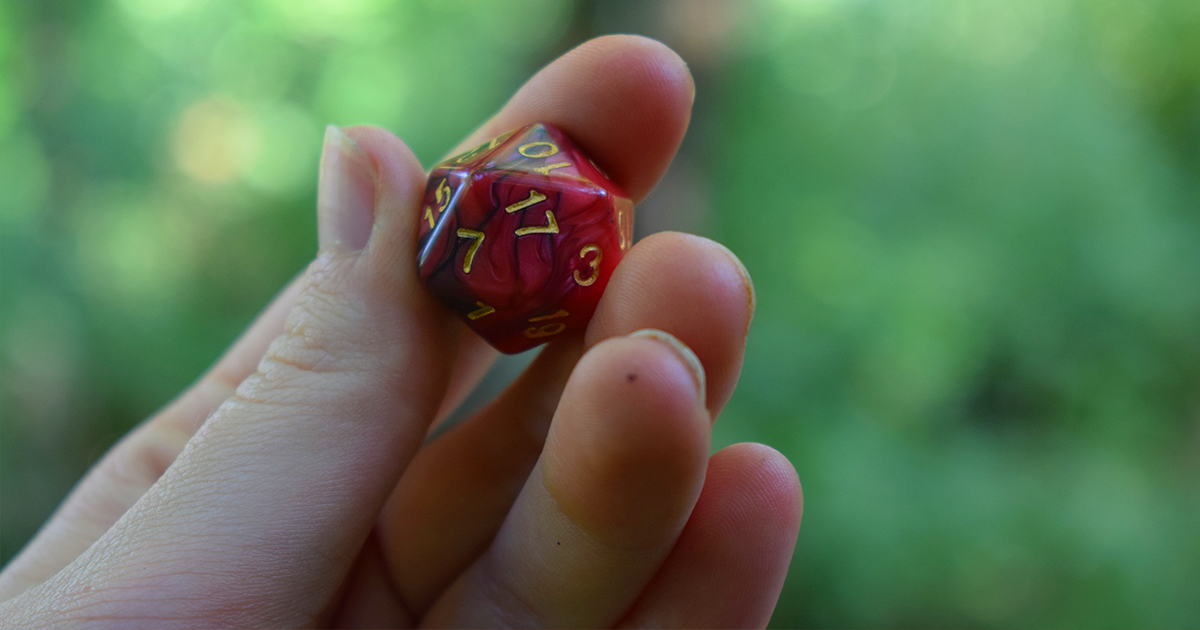 BIRMINGHAM, Ala. — Local woman Anita Harrison expressed disappointment during a game of Dungeons and Dragons when her boyfriend Steven Baker was once again unable to find the crit, according to tense sources.

“When the stakes are high, and I’m needing it more than ever, Steven always fails to bring the battle to climax,” Harrison said to friends, frustrated. “I mean how hard is it? Do I need to get him another D&D Player’s Handbook? Because at the end of the day, it’s just unsatisfying. If we’re stuck on an island in the middle of a battle, he’s a wizard so he can just cast teleport away. But that’s great for him — I’m never the one who gets off.”

According to those familiar with the couple, Harrison’s friends tried to comfort her but admittedly found the situation difficult to solve.

“When I’m roleplaying, my partners tend to always hit the crit over and over,” said Harrison’s roommate Maria Barriston. “I don’t have a boyfriend but I’m in a ton of games with a bunch of people, and they know what they’re doing. Maybe I just got really lucky, but those guys are terrific with their hands because they know exactly when to go for a crit and they tend to hit it.”

“Maybe they have weighted dice?” she continued. “Now that I think of it, it should really only be a 1/20 chance to get a natural 20 in D&D. Whatever, it feels great.”

According to relationships and tabletop games specialist Dr. Martin Black, this issue is relatively common.

“I see a lot of couples who find that they unfortunately have bad Dungeons and Dragons chemistry,” said Dr. Black. “I think the most important thing in relationships is open communication, as long as it’s not metagaming — but I’ll leave that up to the discretion of their dungeon master. Otherwise, if they can’t make it work, there’s nothing wrong with accepting that a campaign has run its course and that there should be a break up.”

At press time, Harrison explained that she wasn’t planning on breaking up with Baker due to the fact that he is “just absolute fucking dynamite in the sack.”