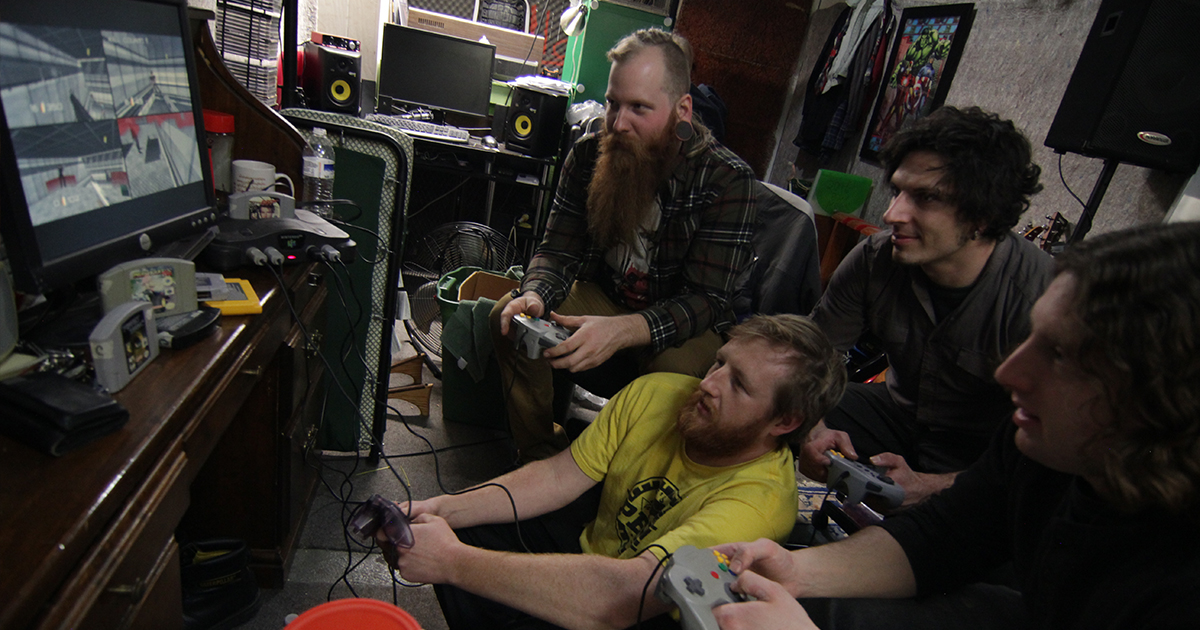 DARRINGTON, Wash. — Scientists from the University of Washington State made an incredible discovery during a recent excavation of an avalanche site: a perfectly preserved group of college friends huddled around a Nintendo 64, playing iconic first person shooter GoldenEye.

“Frankly we didn’t think anyone survived the storm of ‘97,” said climatologist Laura McDonald.  “It completely buried the community college.  Most had written these four off as dead, but these guys got extremely lucky.  Not only to have been in such a stable structure, but also because they somehow had enough pizza rolls and yellow All Sport to survive this long.”

Scientists are pleased that the specimens were found intact, and hope for their cooperation with studies in the future. The men, four freshmen that were grouped together by the university’s housing division, were shocked to learn how much time had passed.

“Twenty years? No way,” said Dustin Near, one of the recently discovered players. “Terry just grabbed this game at FuncoLand last week. It’s pretty addicting though, I gotta admit. Four players, what’ll they think of next? Holy fuck did you just use that Game Boy to make a phone call?”

Eventually after being shown modern technology and evidence of the storm they’d miraculously survived, the men were convinced of the scientist’s claims, though they weren’t pleased with what they had learned.

“We explained to them all of the major relevant events of the last twenty years, in both video games and the world,” said McDonald.  “And after they took it all in, the terrorism, the uncertainty, the loot boxes, they all agreed to lock themselves in the dorm for a while longer.”

Sources confirm that the group has returned to their quarters and switched to Mario Kart 64, requesting that their wish for privacy be respected at this time.