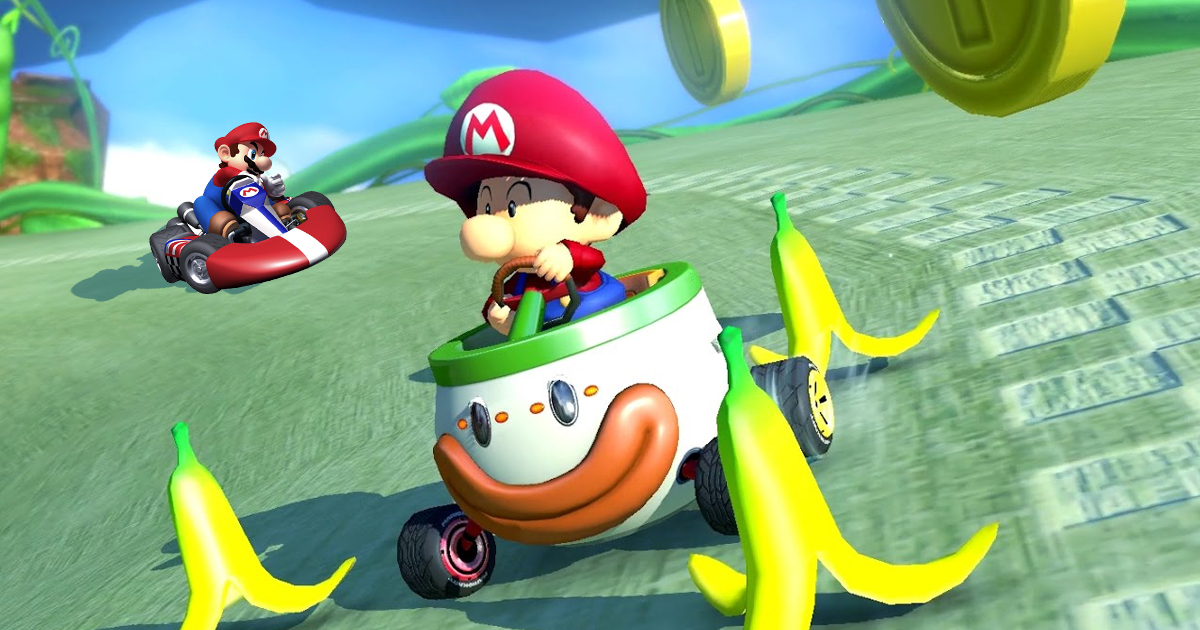 MUSHROOM KINGDOM — Following the first race of this year’s 150cc Star Cup, Mario was sent into an existential crisis, having finished several places behind an infant version of himself, according to close sources.

Mario, the famous plumber and multi-sport phenom, was nowhere to be found after the race. His brother Luigi spoke to the press on his behalf.

“My brother, he maybe think-a too much,” Luigi said.  “I don’t mind-a Baby Luigi, but Mario, he-a struggle with the ramifications of losing to himself-a.”

The Star Cup is a yearly grand prix which has featured no fewer than five versions of Mario, four Princess Peaches, and two Luigis. A competitor’s biggest competition is often themselves as they compete in races through operational airports, eel-infested reefs, and down mountains after being launched from the open front of a cargo plane, all while driving uncovered small-engine go-karts.

“You take-a the race and you take-a the shells,” Luigi continued.  “That’s-a the job we do. It’s a-hard to also question your existence at the same time.”

Mario maintained the lead for the better part of today’s race before taking a blue shell to his rear bumper, violently spinning him out. After being passed by his baby self, Mario struggled to regain his focus, and fell into the water off the last hover-jump before he was able to finish. After several hours of solitude following today’s events, the iconic racer broke his silence.

“I race-a good race today,” the four-time champion told gathered reporters.   “I give my all and take good line. I have good item management. There was nothing on the track left to give. And who wins? It’s-a me, Mario. But it’s-a not me. It’s-a Baby Mario. I was-a Baby Mario once, so I ask again who win today? It sure don’t-a feel like me.”