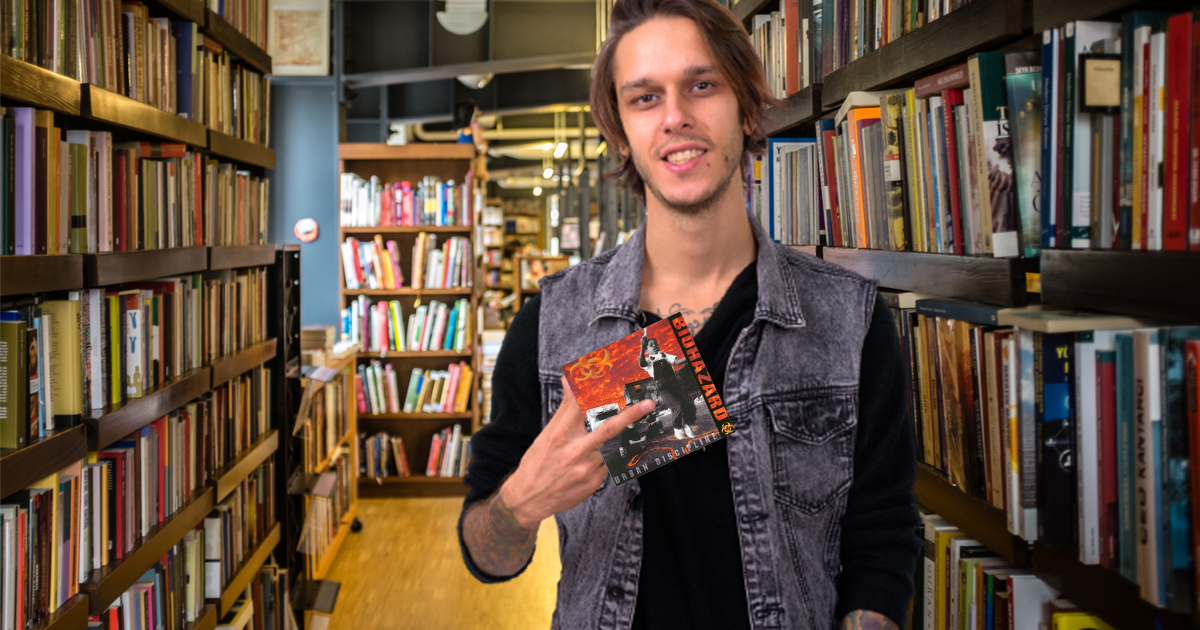 As a Socialist, I fucking love the library. Forget Starbucks because the library is the last REAL third space in the capitalist wasteland of Lafayette, Indiana. The Tippecanoe Public Library doesn’t require patrons to spend money to justify their presence within their building. And just because I refuse to be held hostage by Netflix doesn’t mean I should be denied access to “Infinite Jest” in paperback, multiple VHS copies of “What About Bob?,” or Biohazard’s Urban Discipline on compact disc.

Honestly, I was hoping to find Hatebreed’s “Satisfaction Is the Death of Desire,” but that must’ve been checked out by the guy wearing gym shorts and a Terror shirt in the periodicals. Well, the headphones I borrowed from the circulation desk and computer kiosk make up for the lackluster hardcore selection I guess.

“Chamber Spins Three” I’d love to tell you about this song, but the CD is skipping so badly. Maybe that’s because the computer is the size of a microwave and running Windows Vista, but it also looks like someone took a belt sander to the bottom of the disc. What I can tell you is that the first song on this copy of the album sounds like a fax machine throwing up.

“Punishment” Did you know this song was in the 1989 film The Punisher starring Dolph Lundgren? Did you also know that “Punishment…” hey is it normal for people to have soup in the library? Do people do that? Also, I think a scarfed hippie woman is reading Tarot cards to a preschool class. Is being able to read Tarot considered literacy? Is this like sanctioned or is she just doing that?

“We’re Only Gonna Die (From Our Own Arrogance)” I love this song because it’s a Bad Religion cover, but I didn’t get to it because some guy needed to do his taxes, so I let him have the nice computer.

Man, what the fuck? Why are my tax dollars paying for this shitty media co-op? I’m just gonna listen to Gorilla Biscuits on Spotify Premium because this album sucks anyway. Sorry socialism!