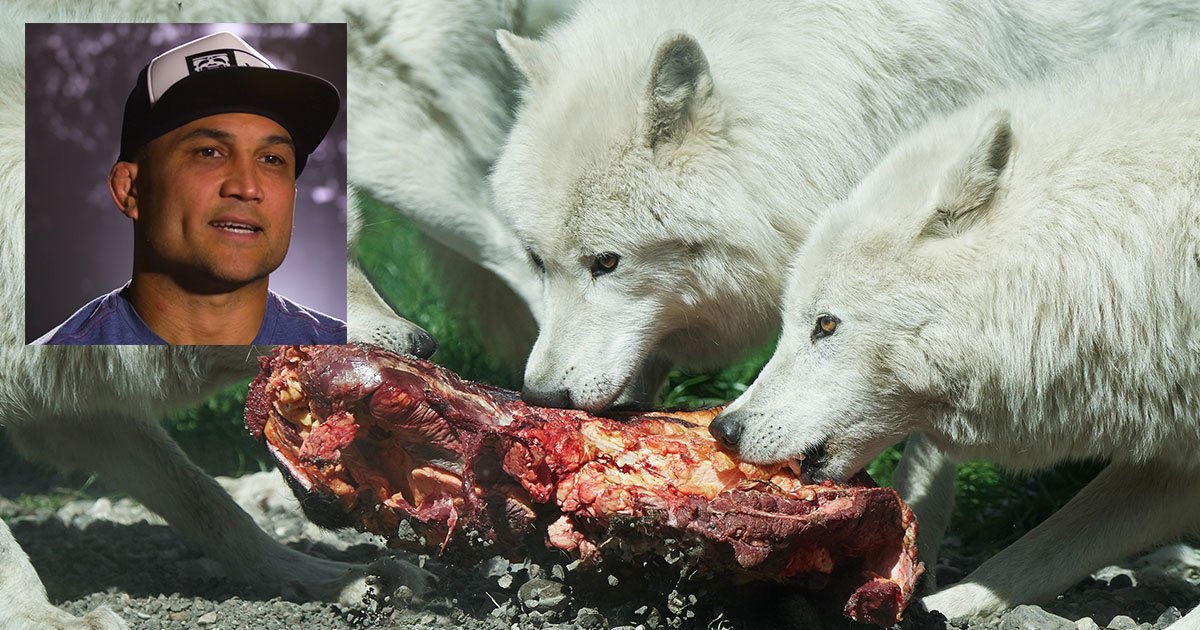 In a move likely to interest at least somebody, somewhere, Bellator president Scott Coker announced this week that former UFC lightweight champion BJ Penn has agreed to fight a pack of hungry wolves under the Bellator banner.

Following his crushing second-round knockout loss to Yair Rodriguez at UFC Fight Night 103, Penn made it clear that he was not ready to hang up his gloves. By stepping into the cage with multiple starving, agitated wolves, Penn hopes to recapture some of the spark he had in his prime.

“I’m a fighter, man, that’s it,” Penn said. “I’ll fight anybody, at any weight class. Nick Diaz, Lyoto Machida or approximately nine enraged wolves – makes no difference to me.”

Coker said plans to have Penn step into the cage with the group of ravenous canines had been in the works for some time.

“I have personally kept these wolves locked in my basement for weeks with no food and little water,” Coker said. “Frankly, I’m pretty relieved BJ agreed to the fight, because those big bastards are pissed off and I don’t think I can keep them down there much longer.”

Not everyone is as excited at the prospect of Penn stepping into the cage again, however.

“Look, BJ is a legend, but he’s got nothing left to prove,” said MMA analyst Patrick Stinson. “In his prime, BJ likely would have been competitive against all sorts of vicious forest creatures, but the game has passed him by. I would much rather see him try his luck against a couple of well-fed raccoons.”

Coker asserted that locking Penn in a cage with the feral beasts was simply smart matchmaking.

“This is the fight the fans want to see, and it’s the right fight for BJ at this point in his career,” he said. “BJ is hungry for a win and the wolves are just really, really hungry, so this should be a real thriller.”

As Bellator president, Coker said he is uniquely qualified to promote the hungry animals.

“These wolves are looking to snap up literally any rancid scrap of meat they can get their jaws on,” he said. “And trust me, nobody knows more about picking up scraps than I do.”