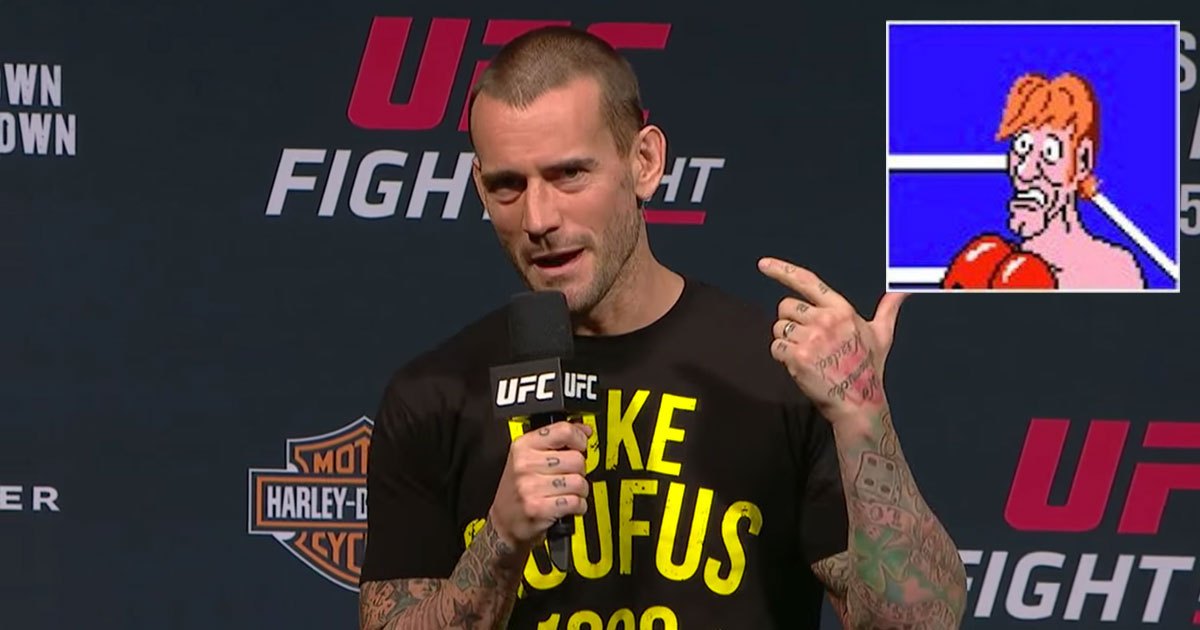 CM Punk left the WWE in late 2014 and made his debut last year at UFC 203, losing in under two minutes to 24-year old Mickey Gall. There has been a lot of speculation as to his next opponent, but no one had predicted Glass Joe would be called up from the Minor Circuit.

“We needed to find an opponent for Punk that makes sense,” said White. “So we thought we would put together this dream match, pinning icons from two generations against each other in the octagon. Joe has a ton of boxing experience, but MMA is a different ball game.”

The match appears to be tailor-made for Punk, with neither fighter bringing a winning record to the fight. Punk currently stands at 0-1 as a pro, and Glass Joe has a 0-0 record in the octagon after compiling a dismal 1-99 record as a boxer.

“I can’t wait to get back in the cage and redeem myself,” said CM Punk. “We’ve been working like hell to get ready for this. Duke Roufus has me drilling my boxing defense, and I think my ground game will surprise a lot of people. Duke has even had me dress in an all pink sweatsuit and chase him on his bicycle to build cardio.”

Glass Joe took to Twitter to address concerns about his MMA debut. Fans asked the aging Frenchman how he expects to transition to MMA.

“My hands hurt – the gloves are too tight! This is my last match! I’m too old for fighting!” said Glass Joe. “I just hope Punk can make it quick… I want to retire.”

The fight between Punk and Glass Joe is not the only boxing crossover fight that the UFC is eyeing in the near future, as UFC lightweight champion Conor McGregor and Major Circuit Boxing Champion Don Flamenco out of Spain have verbally agreed to a bout over the July 4th weekend.