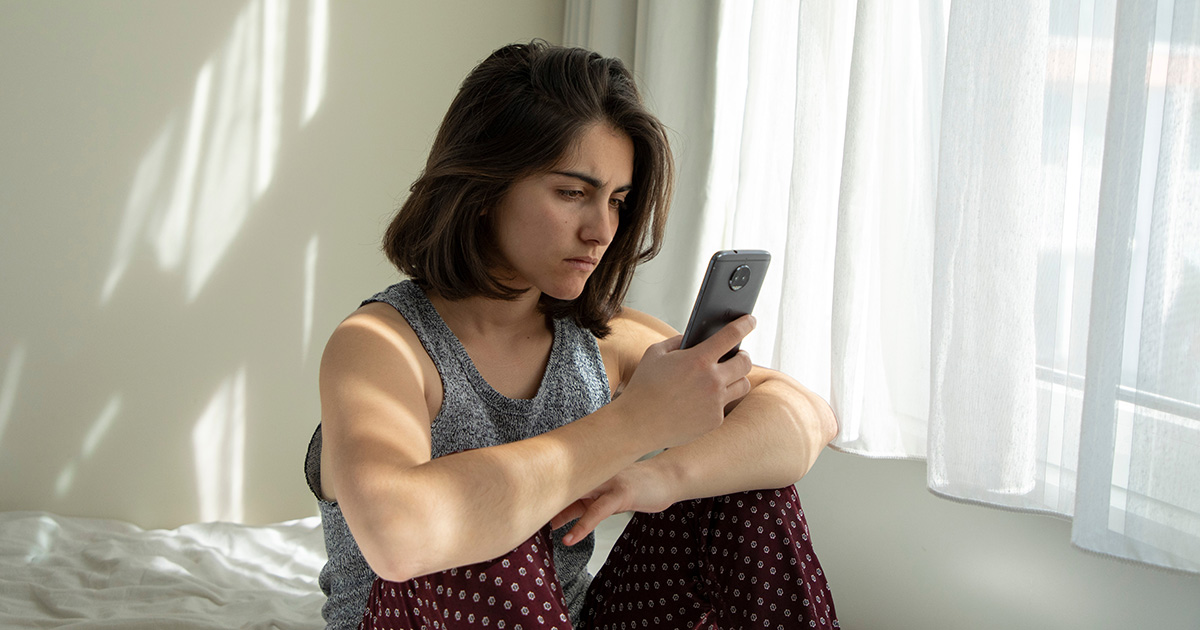 PITTSBURGH — Local Instagram user Charlie Guerrero found a distressed message at the bottom of her feed yesterday, stating that she had consumed all of the new content her friends had posted over the last three days, shocked sources confirm.

“Wow, I ran out of Instagram. I didn’t even know that was possible,” Guerrero said, totally fucked up still. “I know I’ve been dicking around on my phone a lot, but this is bonkers. And the way it was worded was super stern and judgey or something — right after, I got a notification from Spotify suggesting a ‘music that makes you want to take a shower’ playlist. I think I just need to sit here and think for a while. Or maybe I can see what’s going on over on the weather app.”

“If you ask me, this has been coming since the pandemic started,” said Tim Gannon, Guerro’s roommate. “I know we’ve all been spending a lot of time on our phones lately, but Charlie’s a doomscrolling trailblazer. Plus, she’s somehow seen every astrology meme about all the signs, and is caught up on videos of puppies farting in their sleep and scaring children way back from 2009. She showed me her screentime report a few weeks back, and it was just the red siren emoji. No good.”

Instagram spokesperson Sheila Montgomery said that the “You’re All Caught Up” message was a feature they’d implemented long ago, but designers were dubious of any users ever actually triggering it.

“Oh, dear — I’d completely forgotten we’d put that in there,” said Montgomery. “If someone has found that message, they probably should get outside, or at least pretend to start a book soon. I’m surprised an alarm didn’t sound off at our headquarters. Is she alright? Maybe we should send her a subscription to Audible or something.”

At press time, Guerrero had downloaded a cryptocurrency app upon gleefully learning that the market is open 24 hours a day, 365 days a year, in a format she’ll never even have to refresh.