Yakko Refuses to Acknowledge Israel in Updated Song About Countries 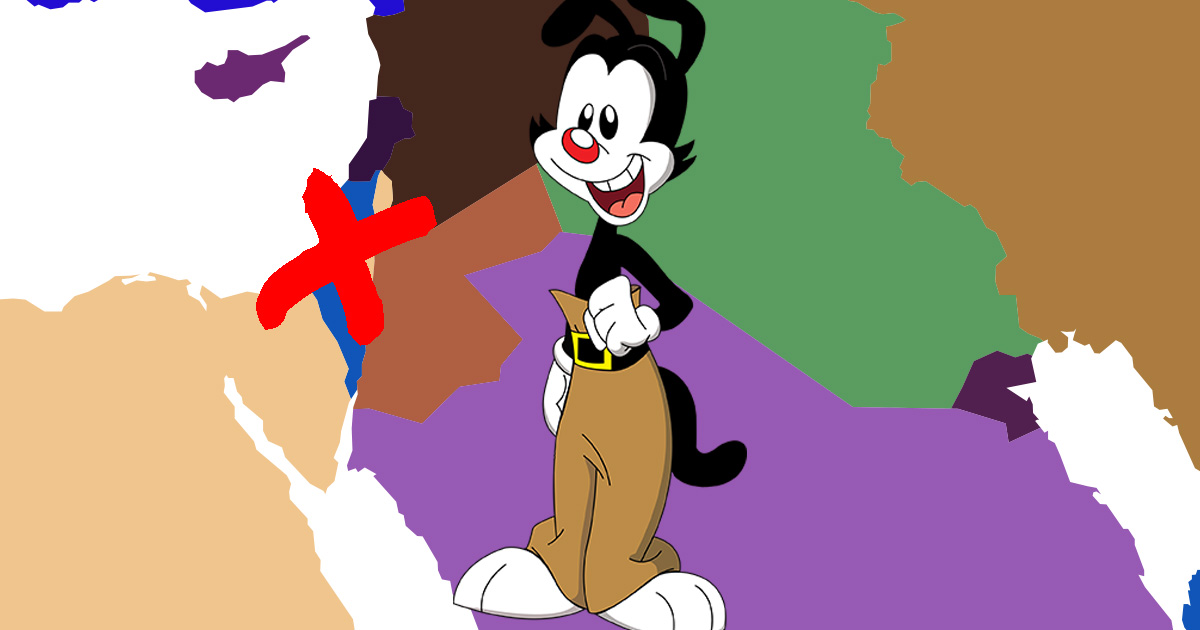 HOLLYWOOD — “Animaniacs” star Yakko Warner has refused to acknowledge the existence of Israel in an updated version of the “Yakko’s World” song recorded for the hit show’s reboot, zany to the max sources confirmed.

“It’s time to admit that the United Nations had no right to declare a country in the middle of an already existing one,” Yakko said before morphing his head into a train whistle and ogling a passing woman. “Did you know that our government gives billions in aid to Israel each year?”

“They should be giving that to me. Hi-yo!” Yakko added, winking at an invisible camera.

Several sources believe that, while Yakko has always been anti-Israel, being locked away in the Warner Brothers lot tower for another 25 years has further warped his views.

“Unfortunately, this is standard for Yakko. I mean, why do you think Ralph T. Guard — whose real surname is Guardenbaum — used to chase him with that net all the time?” explained Marita from the Hip Hippos. “It’s also why Rita and Runt left after the first season — they’re Zionists. Also, isn’t Yakko Jewish? I can’t imagine anyone who acts that much like Groucho Marx is a gentile.”

“We here at Warner have no political bias whatsoever. Despite Dot Warner’s defense of her good friend and ‘Daddy’s Home 2’ costar Mel Gibson, I assure you, they are not anti-semitic,” said Plotz.

“I also want to address the ugly rumors that the Warners are locked in the water tower to hide their bigotry: the truth is, Wakko Warner needed to lay low following several sexual misconduct accusatio… er, I mean, uhhh… look over there!” Plotz later added, pointing away before running through an adjacent wall and leaving a hole in the shape of his body.

Since the revelations, Hulu has also pulled Yakko’s latest song, in which he “proves” that the reported number of Holocaust deaths are greatly exagerrated.